Home Politics Okorocha: I Will Contest For President After Buhari’s 2019 Re- Election 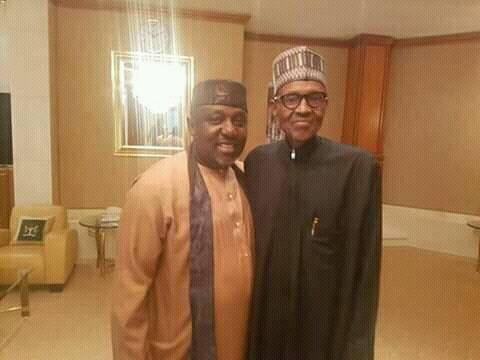 BY PASCHAL ONUOHA#
Imo State Governor, Rochas Okorocha has said he will  contest for office of the President after President Buhari re election in 2019.

Speaking at an interactive session with Journalists at the Nigeria Union Journalists, NUJ headquarters in Owerri, Okorocha said he has said it repeatedly that he will only run for the Presidency after President Buhari completes his tenure.

He also denied media reports that some of his colleagues in the APC Governors Forum are rooting for his exit as Chairman of the forum. The Governor said there is no such plan as the Forum is one united family devoid of rancor.

Speaking on his plans to democratize the local Governments in Imo State, the Governor said the local government election in the state would hold between September and October 2017. He blamed the opposition Peoples Democratic Party, PDP, for the delay in holding the election noting that several court cases against his government were responsible for the delay in the conduct of the election.

Okorocha said he should be commended for keeping away those he described as political cabals who ran the state aground in the past. He stated that he has been able to achieve so much because he put them away.

innonews - January 20, 2018 0
The appointment of Governor Rochas Okorocha as Head, Campaign Council for the re election of President Muhammadu Buhari in the South East has been...

innonews - October 21, 2017 0
Some protesters mainly youths of Igbo extraction have marched to the Presidential Villa, Abuja to commend President Muhammadu Buhari on the success of the...

Muscling Imo Assembly Not On Our Agenda, Says Dep Gov

innonews - June 13, 2019 0
Muscling the 9th Imo State House of Assembly is not on the agenda on the present administration of Governor Emeka Ihedioha.

Prince Alex Mbata’s Easter Message To The People Of Owerri...

innonews - April 17, 2022 0
My Brothers and Sisters, I greet you as we mark another season of our salvation by the sufferings and...