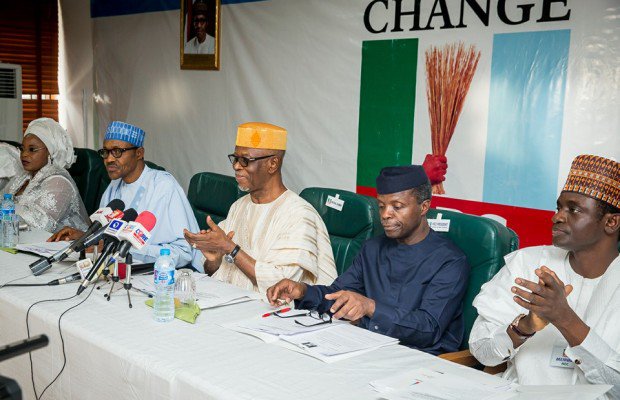 Governors elected on the platform of the All Progressive Congress, APC and members of the National Working Committee, NWC have met in Abuja with preparations for the party’s inaugural bi annual national convention.

They were said to have agreed to hold the convention even with President Muhammadu Buhari still away on medical vacation. They agreed to meet the Acting President to present him with dates for the convention and allow him the prerogative to choose a particular date.

Plateau State Governor, Solomon Lalong made the revelation to newsmen after the meeting.

The Governor said though the President as leader of the party usually attend such meetings, the presence of the acting President will suffice.

innonews - April 28, 2022 0
The Media department of Prince Alex Mbata has debunked allegations in the social media that Prince Mbata and Chief Henry Njoku,...