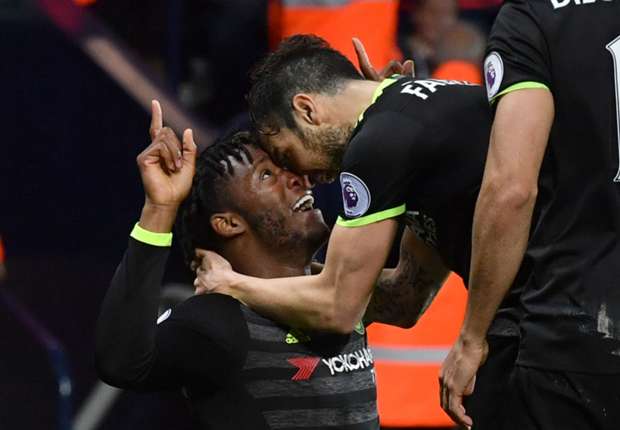 Michy Batshuayi’s goal against West Brom gave Chelsea a deserved 1-0 win at the Hawthorns to win the English Premier League.

The win extend the gap between them and Tottenham Hotspur to 10 points with two matches left. It was not an easy game for the Blues as they battled to find the back of the net of Tony Pulis team.

Conte, who is in his first year as Chelsea manager, substituted Willian for Batshuayi who has seen less games in the Blues title campaign this season. And the young man did not disappoint as he scored a late winner to seal Chelsea’s fifth title win.

Having won the league, Chelsea is also in contention to win the English FA cup when they face Arsenal on May 27 at the Wembley

innonews - January 1, 2019 0
It was groove all the way in Umuodu Umuihugba community in Owerri Municipal when youths, men and women gathered in their numbers...

Owerri Zone And The Misplaced Journey To 2019

innonews - May 14, 2017 1
2019 is close and the political drum beats are beating again. Owerri zone is shouting hoarse, using the song of   marginalization as a tool...

innonews - July 7, 2018 0
The security crisis ravaging English-speaking regions of Cameroon is driving away many of the biggest traders originally from neighbouring Nigeria who have traditionally run...

APC Chieftain, Jerry Chukwueke On His Way To APGA

innonews - October 8, 2017 0
As the 2019 general elections draws near, some top politicians in Imo State are strategizing for the next political dispensation. A frontline politician and a...