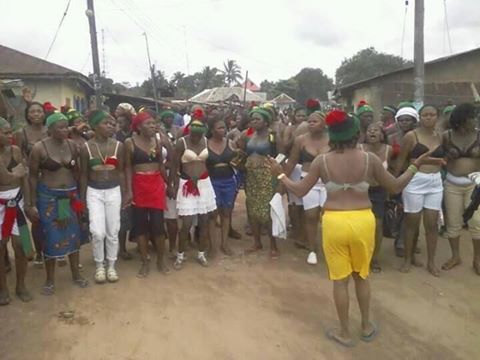 Outrage has continued to trail the protest by women from Abiriba community in Abia State who went half naked yesterday to support the agitation for Biafra.

Agitation for Biafra has been widespread lately gaining both international and local attention. Leader of the IPOB, Nnamdi Kanu was recently released on bail after more than 15 months in detention.

Details of the protest were sketchy, but the protest by the women tend to underscore the seriousness and the new dimension the agitation for Biafra has taken.

The women protested over the shooting of harmless Biafra agitators mainly in the South Eastern region of Nigeria and the arrest and detention of many pro Biafra agitators by the Nigerian government.

It is an abomination for women to go naked before the glare of the public in Igboland.