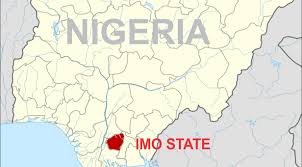 The Igbo Awareness Coalition, IAC, Imo State chapter, has kicked against the aspiration of former public office holders aspiring to become the governor of Imo state in 2019.

The group rather called for “young, fresh, dynamic and undiluted persons not below the age of 50 be given the opportunity to steer the affairs of the state in 2019”

In a statement emailed to this newspaper and signed by the group President, Emmanuel Okwu and Secretary General, Ifeanyi Nze, they said Imo State has not fared well in the last 16 years democracy berthed in the country and therefore it has become necessary that those who held public offices in Imo State and at the federal level in the past should not take a shot at the governorship contest again”

“We are not in a position to deny anyone the right to aspire, but we believe that Imo State never moved forward during the time of these former public office holders”

“ The State remains in penury. Those who held big positions in the past at the state and federal levels did not do so on behalf of the people because the State and the people never benefited significantly from their stewardship”

“We need a clean break from former Governors, former Senators, former House of Reps members, former commissioners and former House of Assembly members from the leadership of the state. Did the people of Imo State feel their impact when they were in office?

“All over the world, young persons are taking over the mantle of leadership. In France, a 39 year old man was recently elected President of the country”

“What is wrong if we replicate such feat in Imo State? The people are sick and tired of former public office holders whose major desire to aspire for public office is to sustain their ostentatious lifestyle they exhibited when they were in office”

The group said Imo State is in dire need of economic and political liberation and the only way it can be liberated is to inject capable young men and women who are divorced from the brand of leadership former public office holders exhibited while in public office.
“ Imo State needs a break. We need to break away from the old order and embrace change. There is need for change in the brand of leadership the people get. This has become important if we intend to move forward” the statement stated.