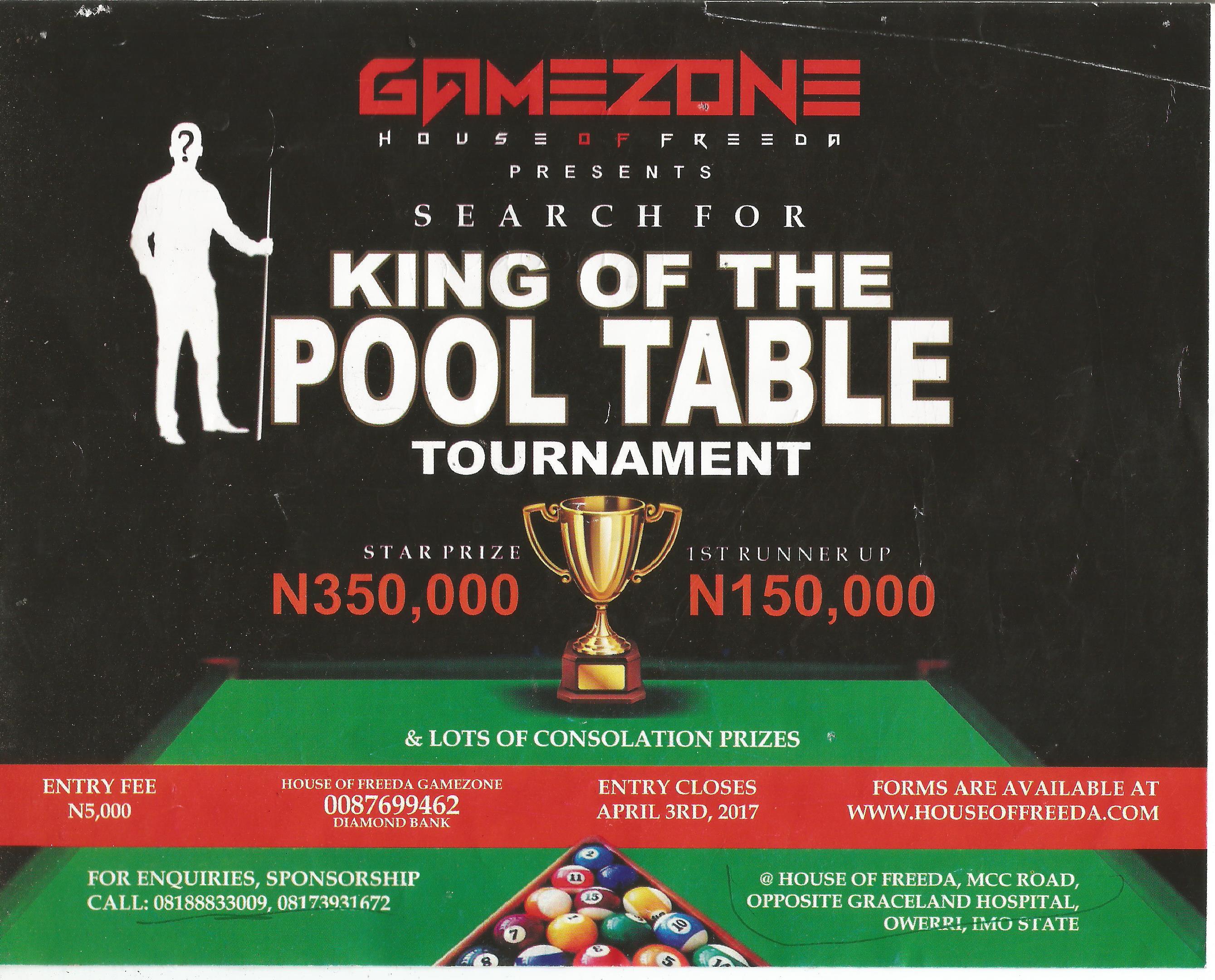 Fun seekers had a swell time Friday, 18th May, 2017  when House of Freeda Game Zone located at MCC Road, Owerri kicked off the first ever king of the pool table tournament(Snooker)

Over 25 contestants took part in the event witnessed by the Chief of Staff, Government House, Owerri, Chief Uche Nwosu and Deputy Speaker, Imo State House of Assembly, Hon. Ugonna Ozuruigbo and many others.

The Deputy Speaker declared the event open. He pledged the sum of N100,000 for the third runner up of the event. The winner of the tournament will go home with a star prize of N350,000 while the 1st runner up takes away N150,000.

After the judges reeled out the rules of the game, the contestants went down for the business of the day as they exhibited deft skills in the art of snooker. This attracted hilarious cheers from spectators who came in large numbers to cheer the contestants to victory

The Grand finale holds on Saturday, 20th May, 2017 where winners of the tournament will emerge.

Other side attractions expected at the grand finale include comedy, dance and music as many snooker professionals are expected to be in attendance.

innonews - August 13, 2018 0
A former National Chairman of the Peoples Democratic Party, PDP, Senator Ahmed Makarfi was in Owerri at the weekend where he consulted with the...

innonews - March 23, 2020 0
Like Coronavirus, the wind of turbulence appears to be heading towards the path of the All Progressive Congress, APC in Imo State.