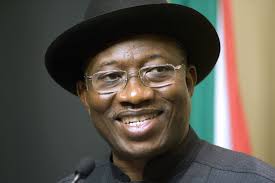 Former President Goodluck Jonathan Friday lambasted Governor Nasir El Rufai of Kaduna State over the latter’s comments on his role in the sharing of the Ecological Fund during his administration.

El Rufai had said he gave the former Nigerian leader during his reign the sum of N2 billion ecological fund to each state under the Peoples Democratic Party, PDP and ignored those in the Action Congress of Nigeria, ACN in 2013.

The funds were meant to solve emergency problems like natural disasters which is statutory.

In his reaction, Jonathan said El Rufai is a man who has an incurable knack for lying and that he was not surprised one bit at the governor’s recent claims.

He said it is false that non PDP States did not get monies from the Fund, according to a statement signed on Jonathan’s behalf by his media aide, Ikechukwu Eze.

He said it is easy to expose Malam Nasir l Rufai as a liar being that Akwa Ibom, a PDP state governed by then Chairman of the PDP Governors Forum and a close confidante of his, Godswill Obot Akpabio, did not get monies alluded to by Mallam El Rufai from the Ecological Fund.