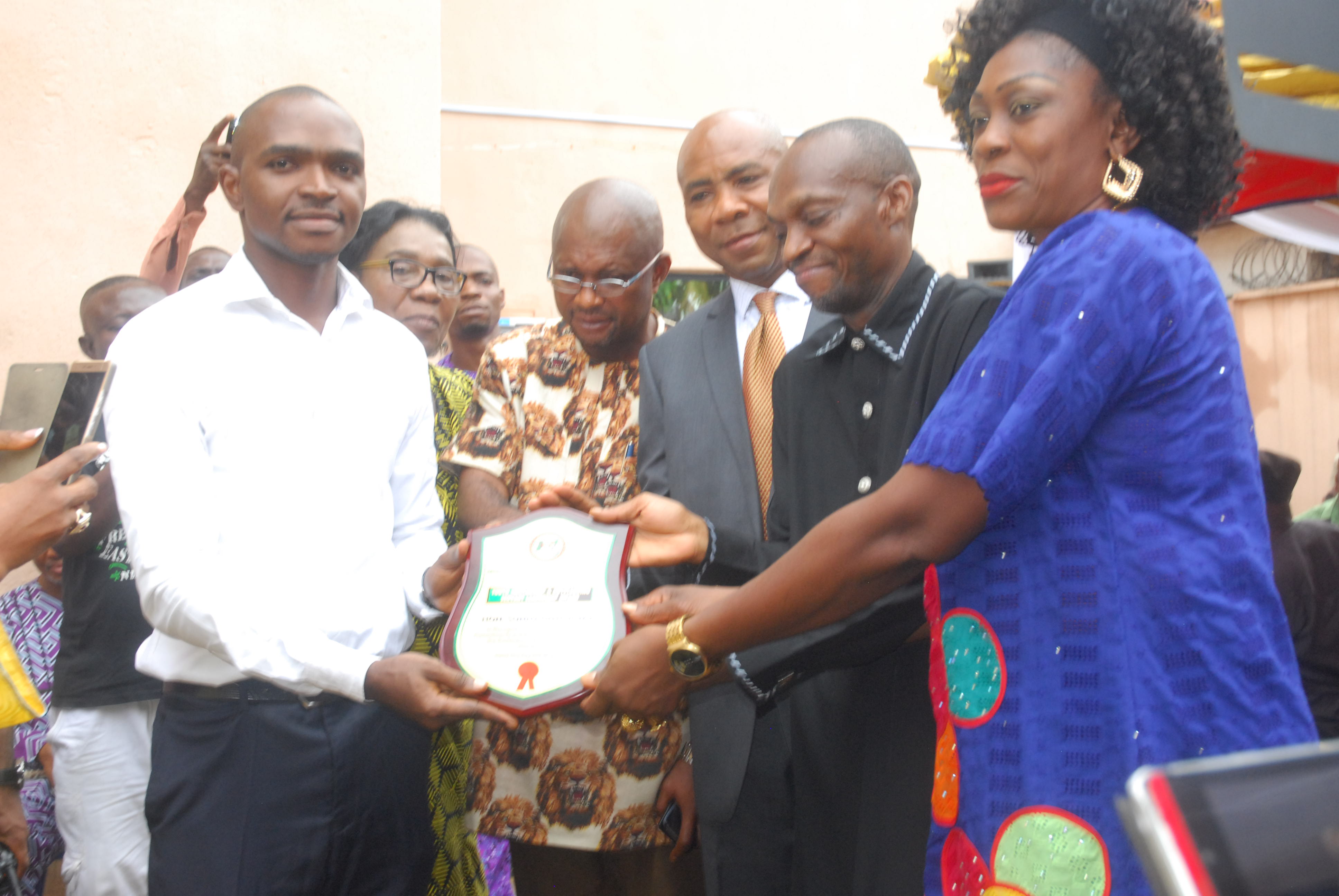 Hundreds of personalities at the weekend converged again in Owerri, Imo State capital to witness the award of honour conferred on the Special Assistant to the Honourable Minister of Science and Technology, Mr. Sunny Onyeukwu by the Joint Council of the National Association of Nigerian Students, NANS Imo State axis.

Mr. Onyeukwu was recognized by the student group as an “Outstanding Servant Leader”

In his remarks, the first Mayor of Owerri and Chairman of the event, Hon CDB Williams described Mr. Onyeukwu as a true representative of his people who has discharged himself creditably.The Mayor said the awardee is a fine gentleman, an embodiment of humility who has remained forthright in discharging his duties and functions as Special Assistant to the Minister of Science of Technology. He said his appointment is an eloquent testimony of his steadfastness, which prompted the Ministerwho is from Ebonyi State to appoint Mr. Onyeukwu, who is from Imo State, his Special Assistant.

Speaking at the event, the Transition Committee Chairman, Owerri Municipal Council, Hon Nze Joe Agor, said he is not surprised on the award conferred on Mr. Onyeukwu because he emulated the core virtues of his father, the Ikemba Owerre, Chief Nath Onyeukwu whom he said is an embodiment of justice and a man who at all times defended the interest of  Owerri people.

Hon Gladys Amuneke and Hon Mrs Comfort Mere also paid glowing tributes to the awardee whom they described as an epitome of humility and who has proved his mettle as a man of honour and his words.

Former Vice Chancellor, Imo State University, Owerri, IMSU, Prof Akujor also echoed the fine qualities and virtues of Hon. Onyeukwu whom he described as a fine gentleman. He also attributed the unique exemplary qualities exhibited by the award recipient to his father who has always stood for justice, equity and fairplay.

Speaking after receiving the award, Mr. Onyeukwu, said he is delighted and surprised on the award conferred on him by NANS chapter  of Imo State. He said the award will spur him to greater heights and will also leave an indelible mark on him and his family. He highlighted the importance of students to national development and urged them to keep the dream alive and continue to uphold those positive values and ideals that will make them stronger.

In his speech when presenting the award, the immediate past President, Imo State University, Comrade Nwanna Emeka Maxwell (aka legacy), said the award conferred on Hon Onyeukwu was based on the sterling leadership qualities he has exhibited . He said this prompted the Joint Council of NANS, Imo State axis, to consider him for the award which he said was the  the first by the Council.   Nwanna said the students have a lot to learn from the exemplary leadership qualities of the SA who has shown dedication and commitment to his job and is willing to learn from his footsteps.

In his remarks, the Father of the awardee, Chief Nath Onyeukwu (Ikemba Owerre)  thanked the students for the award and also paid glowing tributes to his son for showing rare loyalty to his boss.

Last month,  the Minister’s aide was conferred an award of Excellence by the Forum of Imo Newspaper Editors (FINE) at a colourful ceremony held in Owerri.