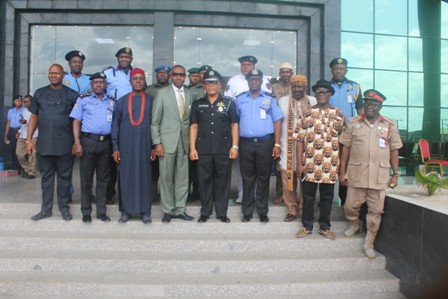 During the visit which is sequel to the directives of the Inspector-General of Police IGP Ibrahim K. Idris, NPM, mni that Deputy Inspector-Generals of Police should move to their respective zones to strategize with Commissioners of Police and provide an impetus to crime control and management, the DIG engaged eminent persons and stakeholders in security including government officials, heads of sister security agencies, traditional rulers, civil society groups, retired Military/Police Chiefs, the clergy, PCRC, Women Leaders, keke operators/artisans, Youth Leaders etc in the state in an interactive session.

innonews - August 12, 2017 0
Chelsea coach, Antonio Conte has said he will stick with the players at his disposal despite losing 2-3 to Burnley at Stamford Bridge. He said...