Senator Ifeanyi Araraume is not resting on his oars in his determination to succeed in his ambition to become Imo State Governor in 2019.

As part of his strategy to ensure the realization of his ambition, a Fan Club has been constituted in almost all the 27 Local Government Areas in Imo State to trumpet the fine qualities of the politician.

Araraume has been termed a serial governorship aspirant in Imo State having unsuccessfully vied for the governorship of the state for a record three times.

Though close sources said he is not directly involved in the formation of the club as it is the idea of those who believe in his ambition, the Club is an assemblage of Araraume’s political foot-soldiers that will work in synergy with his Destiny organization- the mother group- that has managed the Senator’s governorship campaigns in the past. 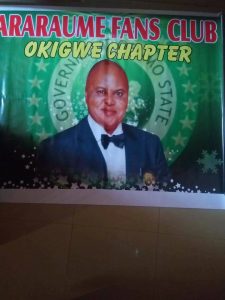 A picture seen on facebook showed the Senator kneeling before Eze Nelson Nwosu (the Igbo of Amaigbo) in Nkwerre Local Government Area where he went for the inauguration of his Fans Club  on June 16, 2017.

innonews - September 30, 2018 0
*By David Uka, Abakaliki* The Ebonyi State Government is to provide health insurance scheme for the elderly and widows in the state in its 2019...

innonews - July 1, 2020 0
Sacked local government Chairmen and Councillors elected during the tenure of former Governor of Imo State, Rochas Okorocha, have been reinstated by...