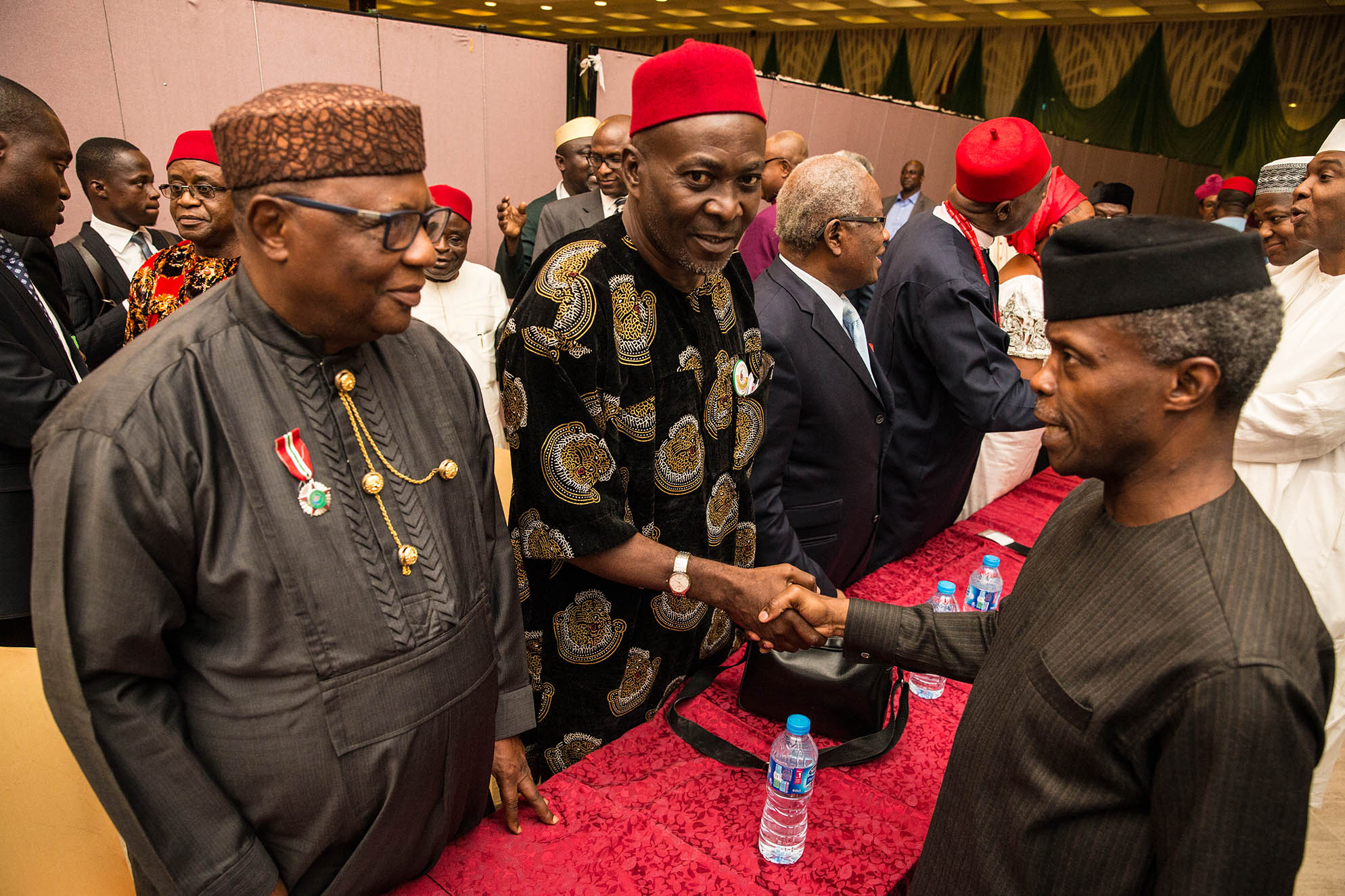 The meeting came barely 48 hours after he met with Northern leaders, vowing that the Federal Government will deal with promoters of hate speech in the country.

The Acting President urged leaders of South Eastern Nigeria to speak out against hate speeches very much capable of destabilizing the country.

He  said he firmly believes that leaders ought to address issues bordering on agitation and proclamations urgently and decisively.

The meeting is part of ongoing consultations sequel to threats of secession by Igbo groups such as the IPOB and the recent order by some northern youth group which gave Igbos three months to leave the North.

He also said it is his view that the role and responsibility of those privileged in the society to become leaders and chart a progressive and lofty course for the ordinary people.

“ As leaders, we carry the burden to secure the peace, progress and prosperity of our people, and that is why our voices ought to be heard and heard loud and clear at moments like this in the defense and articulation of what is truly beneficial to the nation and the people” he said

He reiterated  the determination of the Federal Government not to allow anyone get away with hate speeches and divisive words, saying “our emotion should not be allowed to run wild so as to threaten the existence of anyone anywhere in Nigeria”

innonews - July 6, 2019 0
BY RALPH EJIMKONYE, ABUJA The South East geo political zone have been shut out again from clinching the position...

innonews - June 18, 2018 0
*As leadership assures of victory With the 2019 elections drawing closer, there has become a torrential movement of young persons into the youth wing of...

innonews - November 21, 2019 0
President Muhammadu Buhari Thursday in Abuja urged lawmakers in the country to always place interest of the people first in...

Covid 19: Another lockdown Likely In Imo

innonews - May 6, 2020 0
BY RALPH EJIMKOYE, JANE UGWU The non adherence to preventive measures to curb the spread of the deadly...

2019: No Basis For Reconciliation Between Okorocha And Madumere- Group