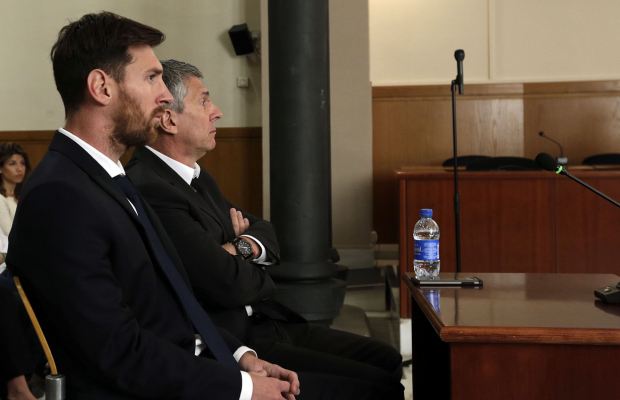 Lionel Messi’s suspended 21 month prison sentence for tax fraud has been converted to a fine.

The Barcelona forward was given a jail term last July after being found guilty. He was also convicted with his father, Jorge of three counts of tax fraud.

Messi, according to a Spanish court, defrauded Spain of 4.1 million pounds relating to earnings from image rights between 2007 and 2009.

An appeal against the sentence was turned down by the Spanish Supreme Court in May.
But a Spanish news agency has reported that the Argentine start and captain will now pay a fine of 255,000 pounds