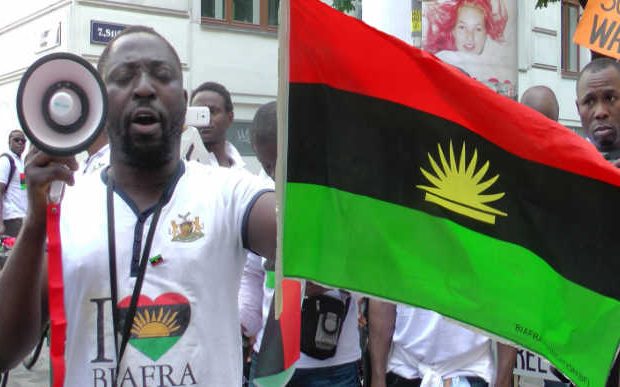 The Movement For the Actualization of the Sovereign States of Biafra has called on Igbos residing in the North to start coming back home.

MASSOB’s call is in reaction to an ultimatum issued by the Coalition of Northern Youths, that Igbos should leave the Northern region of Nigeria in three months time.

MASSOB described the ultimatum as an eviction order because Northerners were marveled at the total compliance of the May 30 Sit- At – Home order.

Sun Newspapers quoted the leader of MASSOB, Uchenna Madu, saying that Igbos would not wait for the three months quit notice to expire before they leave the region.

He appealed to Igbos to re- invest in the South East, adding that  such rascality exhibited by sponsored Arewa Youths to forcefully exit the people of Biafra residing in Arewa land is supported by MASSOB 100%”

innonews - April 24, 2022 0
Prince Alex Mbata, has hailed Christian mothers on this year's Mothers Day. In a statement, he personally wrote:

innonews - October 24, 2018 0
*Angry Guber Aspirants Challenge Primary In Court* *Ohakim, Araraume Re Open Fresh Political Wounds* The drumbeats of war may not be over in the All Progressive...

innonews - May 13, 2021 0
Nasir el-Rifai, Governor of Kaduna State, is considered one of the intelligent guys from the North. Eloquent? No doubt. But garrulous. Oftentimes...