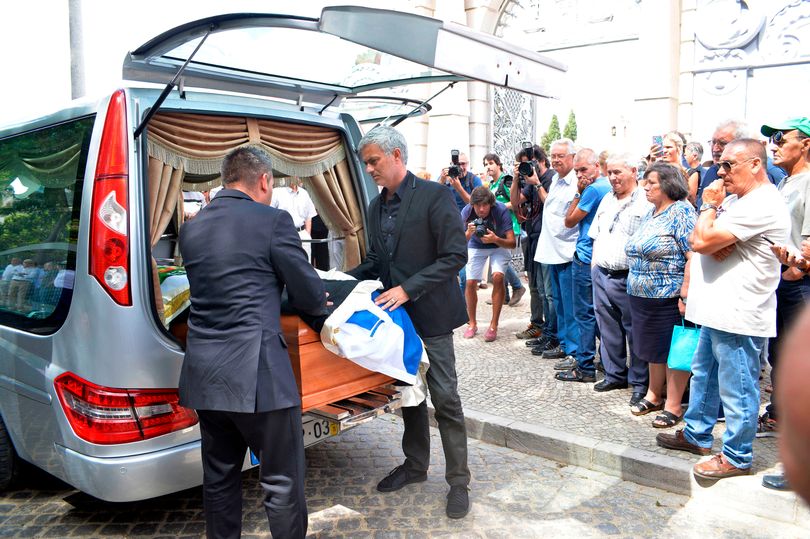 Felix Mourinho, father of Manchester United Coach, Jose has been buried in Portugal. He was aged 79 and was reported to have passed on Sunday after a battle with illness.

Mourinho had arrived Portugal on Tuesday and the Manchester United Coach was seen carrying the coffin into the church.

Drapped with flags of the two clubs, Felix played for Victoria Setubal and Belenenses. Hundreds of mourners had lined up the streets of Setubal for the church service.

Mourinho and his family were consoled by mourners.

innonews - October 14, 2018 0
The Imo Awareness Coalition, IAc, a political study group based in Owerri has given its verdict on the 2019 governorship election in Imo State. Speaking...

innonews - June 23, 2018 0
Some delegates from Imo State clashed at the national convention of the governing All Progressive Congress in Abuja. Reason for the clash were yet to...