Home News Okorocha: N1 Million Naria To 305 Youths In Imo Not A Political... 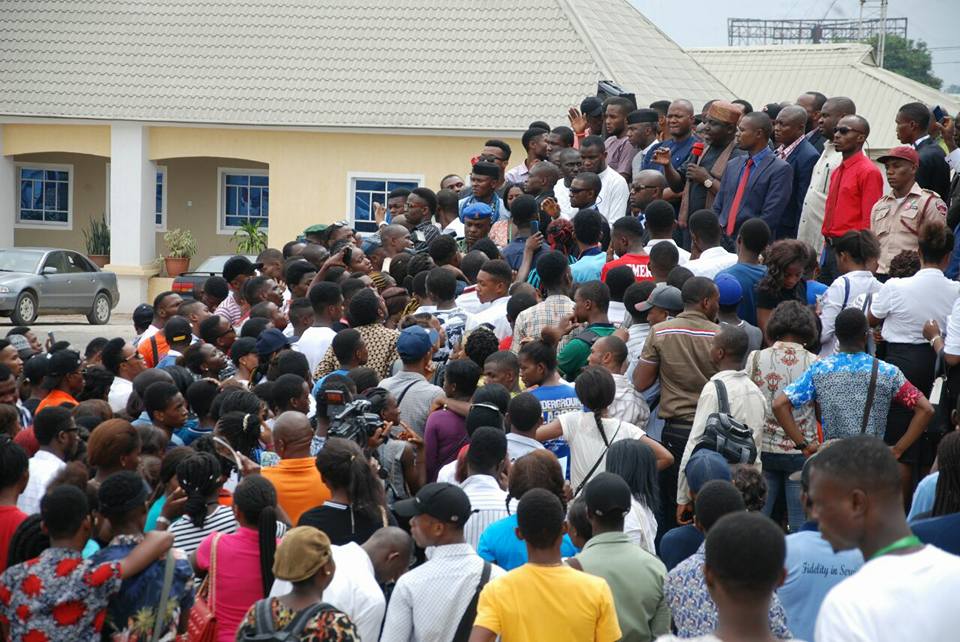 Governor Rochas Okorocha of Imo State has said he gave N1 million naria to one youth in the 305 wards in the state not for political reasons.

Speaking to the beneficiaries of the programme in Owerri, he told the lucky youths that the money is not for frivolities or a political patronage.

He said it is not meant to support the All Progressive Congress, APC either.

He said “It is for you to grow and be better citizens. I prefer you succeed and not support me than fail with this money and support me. This is not political cash, it’s not from APC it is money from heaven”

The meeting had in attendance members of the State Development Council, SDC .

The Governor also announced a 3 man mentoring team per local government to the winners to be guided towards their success. Okorocha had recently announced  the empowerment of 305 youths ( one per ward) with a cheque of one million naria under Job Job programme.

Just as Imo State Governor, Rochas Okorocha  was busy mentoring some youths he empowered, another set of aggrieved youths protested inside the Government House, Owerri over the programme of the Governor.

They alleged that they were intimidated and sidelined from the exercise

The Governor had empowered about 305 youths with the sum of N1 Million naria each totaling N305 million naria.

In a protest letter, the youths from Otulu/Aguneze Ward in Ahiazu Mbaise Local Government Area alleged that the beneficiary of the N1 million naria from the area only joined the APC a day to his selection.

“ Sir, the leaders of our ward including the two President Generals, secretaries in the two communities were not consulted before and after the exercise”

They contend that if the situation is not reversed it will affect the chances of the APC in area.