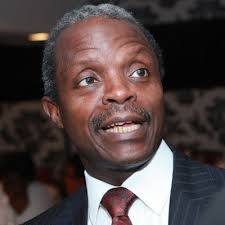 Acting President,Yemi Osibanjo has signed into law the 2017 Appropriation bill.

The budget was signed by the Acting President Monday evening.

The Acting President signed the budget which was transmitted from the National Assembly to the Presidency few weeks ago at the Presidential Villa, Abuja.

The announcement on the signing of the budget was made by the Personal Assistant to President Buhari on New Media, Engagement Unit, Bashir Ahmad.

He announced in his twitter handle that “ Acting President Yemi Osibanjo has signed Budget 2017 into law at exactly 4. 27 PM in his office at the Presidential Villa, Abuja”