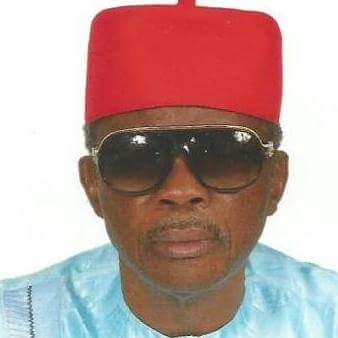 There is a well known axiom which says “the leopard may change its colour but it will not change its gait even if the bush is burning.”
The call by some amalgamated northern youth to the Igbo in the north to leave the north on or before 1st October has something in common with this adage.
In the past, even at the break of the civil war in 1967, I am one of those who advocated a peaceful solution to the then national crisis. My reason was based on the fact that it is easier to amend a broken home than to knock it down and begin the construction of a new one. Even right now, I still believe very strongly in the Biafran agitation message but not necessarily in the process of actualizing it. Because although I disagreed with the negotiating techniques of pre independent leaders like Nnamdi Azikiwe, Sarduana of Sokoto, Awolowo, Mallam Aminu of Kano because I believed and still believe that the amalgamation was inconceived geographically one sided but socially and politically incongruous.
When in 1967, my highly respected sarduana of sokoto injected self rule for the north, quickly accepted to want for the north, Zik quickly accepted to wait for the north while Awolowo Acquiesced. If they had proper vision, they should have allowed the north to go its separate ways. If that had happened, we will not have been suffering the inadequacies of the caliphates and their unbridled domineering tendencies, believing that “we are born to rule”.
It is sad, absolutely sad for a so called Prof.Ango Abdullahi to recently open his mouth so widely to assert that it was the Igbo that attacked Nigerians in 1966. Oh no! What a sorry statement! I know there are many professors among Northern elites but most of them are quota professors who where given professorial appointment to fill the gap in other to achieve unbalancing balanced equation. Otherwise, how could a person of Ango Abdullahi educational height open his silly mouth to say that it was Igbo that attacked Nigerians in 1966? Although I don’t know its area of professorship, he should have at least known a portion of elementary political Nigerian history.
No wonder, the pot is calling kettle black; no wonder they have continued to see the Igbo as aggressors simply because we are asking for our right, equity and justice; no wonder political youthful renegades who gathered at Kaduna on the 16th June dished out such a statement that was grammatically well written but totally full of trash that is not worthy of any trash can in old woman backyard.
They must be told that time has gone when a mere threat will stampede the Igbo in the North to run and run. This time, it is they that will run, run and run to their brothers and sisters in charge of Chad, Sudan, Niger, Libya and Algeria and their stopping point will be Turkey, their original ancestral home.
The Igbo in the north must stay put, begin to organize themselves in what they know how to do best but talk less because a Fulani man believes that the Igbo man has a lot of intelligent but does not have wisdom. This time, they should know that we both have wisdom and intelligent.
My only sorry is for the Yoruba who will think that playing opportunism is a virtue.
One thing is certain, nobody but nobody who knows the geopolitics of Nigeria, its political history, and current attendant configuration will advocate the dissolution of Nigerian nation. What we need is equity and justice based on equality of states, right of citizens as far as that is explicitly written in Nigerian constitution. So help us God.
This is just the first shot.