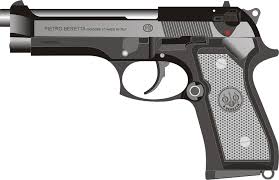 There is trouble in St Mary’s Catholic Church, Eziama in Isiala Mbano Local Government Area of Imo State, South East Nigeria, as a result of gun shots fired by a Catholic priest to his colleague.

The two priests were said to have been engaged in a dispute.

The nature of the dispute could not be ascertained as at press time. The injured priest was said to have suffered injuries from the shots as it took God’s intervention to save him from the bullet shot.

Reports said the Bishop of the Diocese taken aback with the development has taken up the matter in a  bid to save the image of the Church.

The trigger happy priest is on the verge of being removed from the Parish as sources said harsh sanctions await him in the days to come.

The Diocese is yet to issue a statement on the sad development.

innonews - September 16, 2020 0
Imo State can now have access to World Bank grant to the sum  of $20million having met the necessary conditions to obtain...

innonews - December 3, 2018 0
In line with his commitment to encourage Youths in Owerri Federal Constituency to excel in their chosen human endeavours, the APC Owerri Federal House...