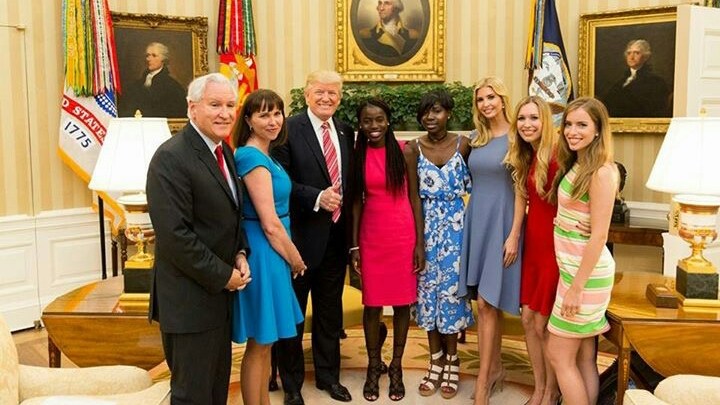 United States President, Donald Trump and his daughter, Ivanka, have met with two Chobok girls at the White House

The two girls, Bishara 20 and Lydia Porgu, 19 were among 57 girls who escaped from Boko Haram in Borno State by jumping off the back of a truck that were conveying the kidnapped girls to Boko Haram’ s hideout.

The 58 girls were among over 270 kidnapped from their secondary school in Chibok, Borno State on April 14, 2014.

The lucky two girls were later relocated to the United States on August 14 with the aid of the Jubilee Campaign, a human rights group.

They were then transferred to Canyonville Christian Academy in the state of Oregon, where they graduated.

The Dampened Spirit Of The Igbo and The Reawakening. BY ELOCHUKWU...

innonews - July 19, 2018 0
The renaissance of the Igbo is on going. The reawakening of the Igbo spirit. The revival and the rebirth of that that made Ndi...

Panic As Truck Collapse In Owerri

innonews - August 22, 2018 0
A truck suddenly tripped and collapsed along a major raod in Owerri- the Okigwe Road/Government House Round About- on Wednesday morning. No lives was lost...

‘NBS Report On Unemployment In Imo, Frightening, A Wake Up Call’-...