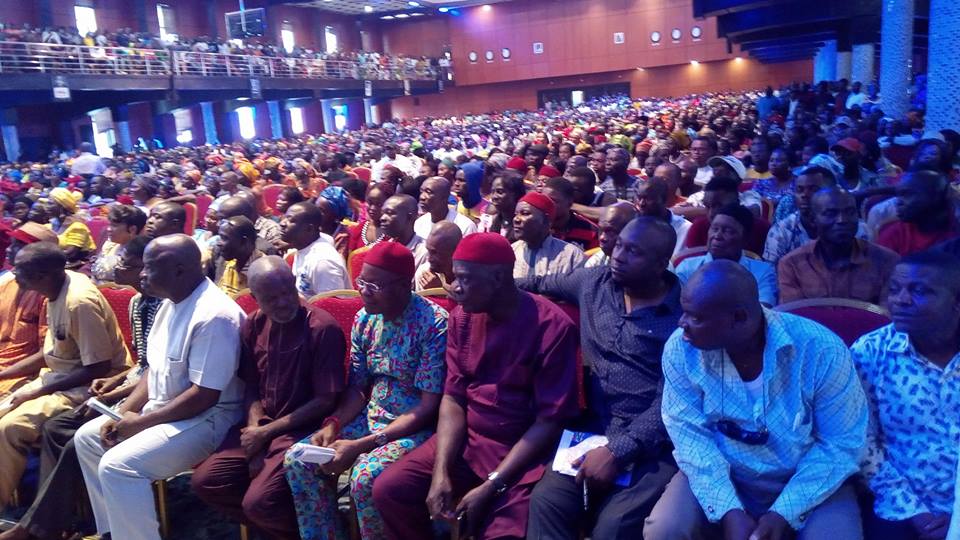 Some key Stakeholders in Owerri zone chapter of the All Progressive Congress, APC are in dilemma over unsavory developments ongoing in the party.

Their major concern is the likelihood that Owerri zone may not be able to produce the governorship candidate of the party for the 2019 governorship election except certain political developments play out before the party primaries.

As it stands now,the race for the party’s governorship ticket in the APC is between candidates from Orlu and Okigwe zones.

Imo State Governor, Rochas Okorocha, is yet to unveil his choice candidate for the party but indications are clear that he will jettison zoning in a bid to back his son in law and Chief of Staff, Uche Nwosu for the party guber ticket.

The Governor had at several fora said he is not for zoning. Uche Nwosu, his Chief of Staff, is from Orlu zone.

Another fierce contender for the APC governorship ticket is Senator Ifeanyi Araraume from Okigwe zone who recently boasted that “by the special grace of God, he is the next governor of Imo State”

No governorship aspirant has showed up in the APC from Owerri zone. A Former Secretary to the State Government, Jude Ejiogu from the zone is speculated to be interested in the contest but there is nothing to underscore his seriousness except his usual in- house political consultations.

A leader in the party from the zone and former senatorial aspirant had mooted to this website last night that the APC in Owerri zone may shift its allegiance to any viable political party in the state that gives its governorship ticket to a son or daughter from Owerri zone.

“If the APC fails to favour Owerri zone, we may take our support elsewhere. The PDP is also an option, now that we have a clear picture that the party is now stable.  It is the turn of Owerri zone to have the next governor of Imo State and we will throw our support to any party that favours our people” he said

A leader of the party in the zone, Hon Uche Onyeagocha, is leading the clamour for Owerri zone to produce the next governor of Imo State.  Aside being a leader in the party, he is behind the Imo Equity Movement, a group of aggrieved APC chieftains in Owerri zone displeased with Okorocha’s disposition to discard zoning and back his son- in law for the party ticket.

This website gathered that with the absence of any serious governorship aspirant from Owerri zone on the APC platform for now, most party leaders are in dilemma and are now dangling their allegiance between Okorocha and Araraume camps.

Recently, the  Owerri Awareness Coalition, OAC, a socio political group expressed worry over the reluctance and absence of governorship aspirants from the zone.

“ We are disturbed that despite the encouraging dispositions of some individuals from the zone who have notified the people of the state on the need to allow Owerri zone to produce the next Imo State Governor, we are surprised that no one from Owerri zone has indicated interest in the contest at the moment” the group stated in a statement recently.