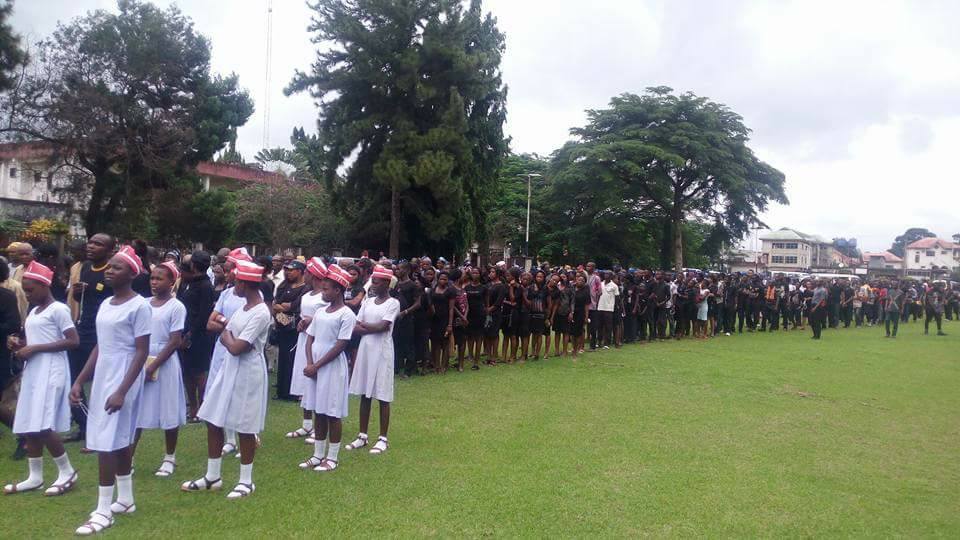 Despite the order of Pope Francis and the mediatory role of the Imo State Governor, Rochas Okorocha that Mr. Okpaleke is accepted as the Bishop of Ahiara Diocese, there are clear indications that the Catholic community in the area have maintained their ground, insisting on the rejection of Okpaleke.

This newspaper yesterday reported that Governor Okorocha met with the priests and laity of the Diocese.

A press statement authored by his Chief Press Secretary, Sam Onwuemedo, said “ At the end, Rev. Fr. Dr. Joseph Ezeji gave the vote of thanks, pledging allegiance to the papacy, to abide by the decisions of the Pope and confirming that all Mbaise Priests have written their letters of apology to the Pope. He stated that what the people are asking for is for any Bishop groomed from their soil to lead them. He said that the canon law seems to have been bent in the case of Ahiara Diocese”

But recent developments point to the fact that Mr. Okpaleke has been rejected by the people of Ahiara.

Over 3,000 faithful of the Diocese suspected to be backed by the priests, laity and community leaders at the weekend protested over the appointment.  Worshippers had stormed the Mater Ecclesiae Cathedral in Mbaise, Imo State for a rally to restate their opposition to Okpaleke, an indigene of Anambra State.

Reports said the Diocesan youths, who put on black attire chanted solidarity songs to again reaffirm their support for the position taken by the Ahiara Diocese clerics and the laity council’s rejection of Mr. Okpaleke. They youths were later joined by men and women who participated in the rally.

The appointment of Mr. Okpaleke has been consistently rejected by the Ahiara Diocese including community leaders.

Mr. Okpaleke was appointed Bishop of the Diocese in 2012. Their grouse is that Okpaleke is from Anambra State and Mbaise nation do have the highest number of priests in South East Nigeria.

This newspaper was informed by an observer of the unfolding development and a stakeholder in Ahiara community  that “there was no time Mbaise people insisted that an Mbaise priest be appointed Bishop of the Ahiara Diocese, rather we are saying that the prelate must be a priest incardinated in Ahiara Diocese”