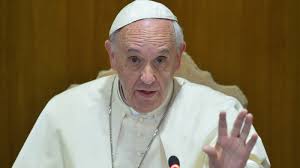 THE PUNCH reports that Rev. Amusuo shot his assistant, Rev. Father Precious Osuji who is the parish priest of the Church in Eziama- Osuama in Isiala Mbano Local Government Area of Imo State.

The Prelate also removed his assistant from the Parish.

On June 23, Rev Amusuo allegedly shot his former assistant after a heated argument on an issue and for allegedly flouting his orders.

The Police arrested Amuso for being possession of firearm and shooting his assistant and colleague. He was later released on bail after undergoing interrogation at the State Criminal and Investigations Department of the Imo State Police Command in Owerri.

The Parish Laity Leader, Sir Jude Obi was quoted to have said that the two priests had been removed by the Bishop and a new parish priest would assume duties in full capacity on Sunday, July 9, 2017

innonews - October 5, 2017 0
Teachers In Imo State had a herculean task trying to get themselves organized for the World Teachers Day Celebration in Owerri. Here photos posted...

innonews - June 4, 2019 0
Tension In Imo, LGA Chairmen Revolt Over Sack By Assembly Members. There is tension in Imo State over the...