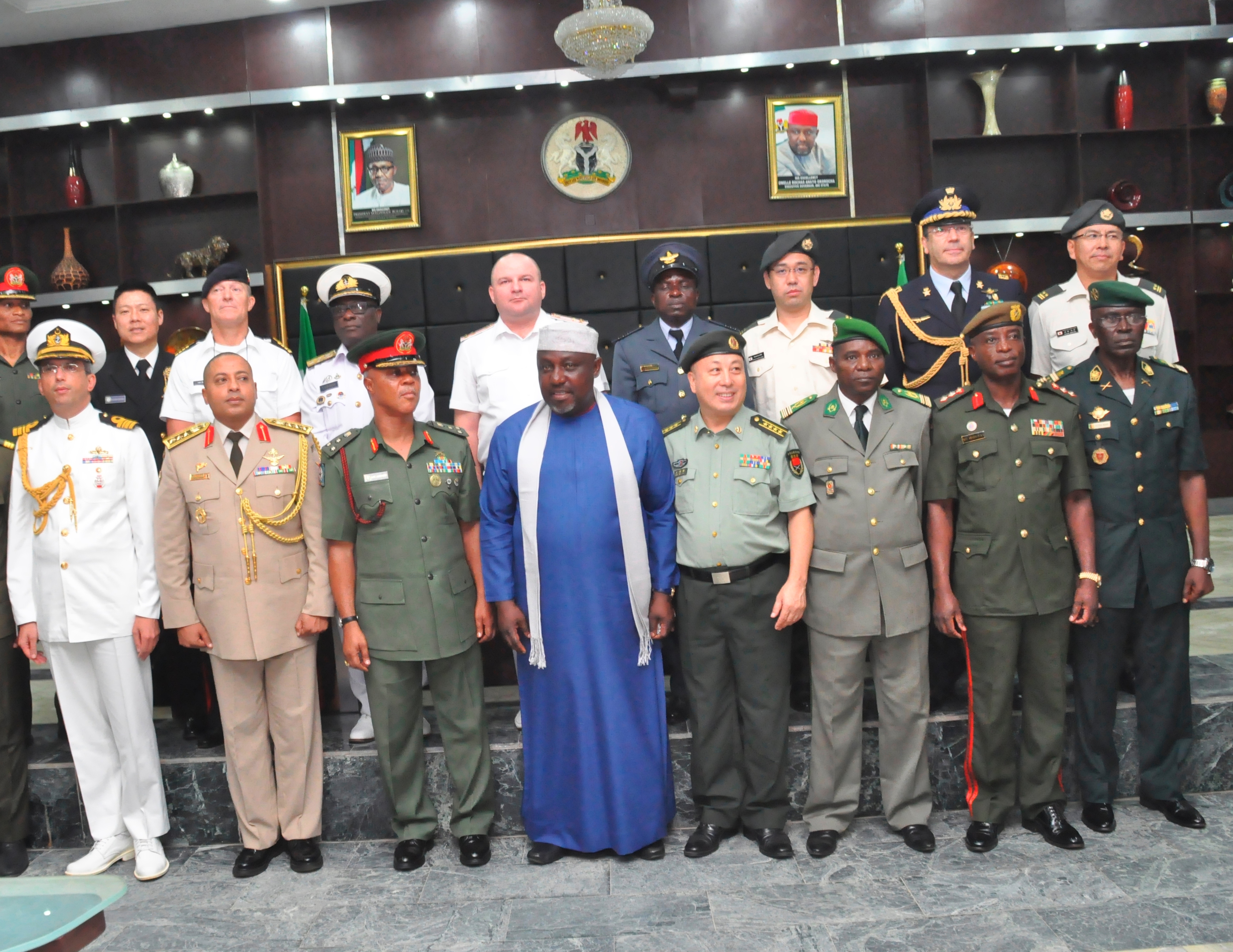 The Imo State government has appealed for the list and identities of Igbo sons and daughters in various prisons or detention in various Countries of the world with the particulars of the offences they had committed.

Making this appeal, the Imo State Governor, Rochas Okorocha said this will enable his administration see whether it can play any role to see to their freedom, adding that the possibility of some of them being unjustly imprisoned could not also be ruled out.

Governor Okorocha made the appeal when he received Defence Advisers and Attaches from various Countries serving in Nigeria who visited him at the Government House on Monday, July 3, 2017, stressing that furnishing the government with the particulars of such Igbo sons and daughters and nature of the offences that warranted their incarceration would make his administration know the right action to take.

In a press release signed by his Chief Press Secretary, Sam Onwuemedo, he quoted the governor to have said “Most of the Igbo sons and daughters are languishing in the various prisons of the world with some for obvious reasons and some unlawfully imprisoned I beg as a governor of the State that if you go home especially those from China, Korea, Turkey and USA and you facilitate their release, I will be ready as to come over and pick them and reintegrate them in our society”.

He said “Imo is where you have the brain box of the nation, literacy rate is very high here, we are very industrious people, we control the commerce of this nation, you have come to the right place for the cultural interaction and exchange and you will meet the right people”.

He continued “Often than not, Nigeria receives a misconception and we suffer a very bad image across the world, yet, this is the place that everyone wants to come. Believe me, most of the foreigners that have come to Nigeria 90% of them don’t normally want to go back and the question is, if Nigeria is bad, why are those coming in, finding it difficult to go back, so I think it is rather what I may call the press misinterpretation and the media war we suffer from, in this country”.

For him “Nigeria remains one of the few nations in the world that can give you comfort of the home, where there is no discrimination or segregation”.

He further told them “I charge you as people who have seen the goodness of this nation to be our ambassadors and tell our good stories to the world when you go back to your countries. We need people to tell our stories, of how great this nation is. We have a population of over 200 million people with diversified cultures and languages but yet united”.

He remarked “The news you hear outside Nigeria does not reflect the true character of Nigeria, sometimes people believe that Boko Haram is everywhere in the country not knowing that it is only in Maiduguri. And as you are aware, this terrorism act is everywhere in the world now, no country is safe from terrorism nor safe from insurgency. It is happening so fast that if your country has not been attacked today one day it will be attacked”.

According to him “It has become today incumbent on all the leaders in the whole world to rise using all the military forces to fight this ugly menace of terrorism in our world; having in mind that an injury to one nation is an injury to another nation. The unity of this world starts from the military, if the military forces come today, the much desired peace we have been looking for will come to fruition”.

He added “I want to make a proposal that a department be created in the military for the prevention of war rather than the fighting of war. If we can prevent war there won’t be need to spend billions of dollars on ammunition which will be used for other human endeavours. If this is done, it will guarantee peace in most parts of the world”.

In his speech, leader of the delegation Brigadier-General Augustine Agundu, Director Foreign Liaison At Defence Intelligence Agency told the governor that they came in company of the foreign defence attachees attached to Nigeria, on 3days cultural tour to the State with their families to see the beauty and cultural diversity of the State, pointing out that terrorism and insurgency have no border which called for world leaders to come together to fight the scourge to ensure peace and security globally.

According to him, the foreign Defence Attachees and defence Advisers function in collaboration with the Nigerian Armed Forces to advise and ensure security.