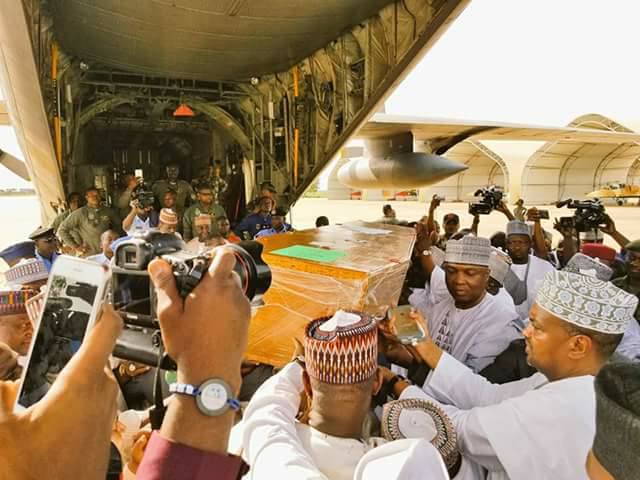 Thousands of mourners paid their last respects to the late former Minister and Nigeria Permanent Representative to the United Nations, Yusuf Maitama Sule.

Sule was buried in Kano after he died from a brief illness in Cairo, Egypt.

There was heavy human and vehicular movement around the venues of the burial rites as many sympathizers were unable to gain access to the Kara Burial Grounds and the Emir’s palace.

The huge population caused confusion as the remains of the Late Dansmani Kano could not be brought out of the Prison Service ambulance which had conveyed it.

The remains of late Sule was eventually buried at about 7pm as thousands tried to gain access to the burial site.

innonews - February 24, 2018 0
Deputy Governor of Imo State, Prince Eze Madumere is said to have come under intense pressure to forgo his governorship ambition having lost out...

innonews - December 16, 2017 0
The leadership of a reputable Non Governmental Organization, NGO, Development Dynamics has concluded a one day interactive session with Journalists and the management of...

innonews - August 15, 2017 0
Chelsea manager, Antonio Conte, has told his players to be beware of frequent red cards. The Italian spoke on Monday during training after seeing four...