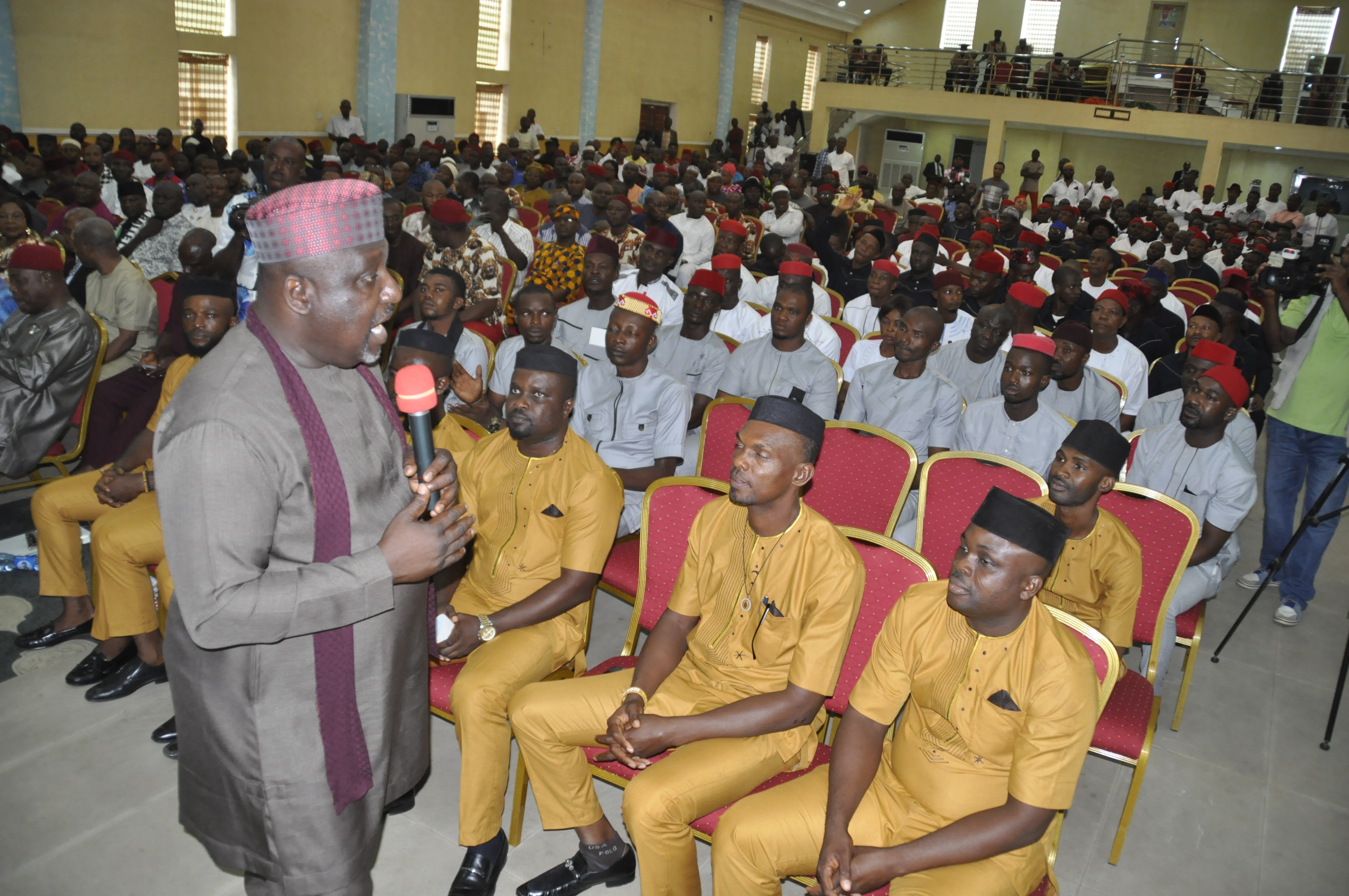 *As Imo Governor Explains Why He Empowered 306 Imo Youths

Imo State Governor, Rochas Okorocha has warned beneficiaries of  the state government N1m per youth in the 306 wards in the state that they will go to jail if they use the money for bad influence.

Sam Onwuemedo, Okorocha’s Chief Press Secretary in a statement quoted the Governor addressing the Youth Millionaires after their cheques were given to them at Government House, Owerri.

“If the government visits you and does not see what you are doing with the money, you will be arrested and put into prison because you are using the money to create bad influence. But, this money is a blessing and wherever you put it, it will grow. So, congratulations”. he said

He explained  why he chose to empower one youth each from the 305 wards in the state with One Million Naira (N1m) each stating that he did that to encourage the youths to succeed and begin to contribute to the progress and prosperity of the state in particular and the nation at large.

Governor Okorocha also said that each of the beneficiaries of the One Million Naira empowerment would soon become a Multi-millionaire and also begin to make others millionaires, explaining that most multi-millionaires in the country today didn’t start with upto one million naira.

He said his dream is to reduce the poverty rate in the state to 5percent from the current 14percent although it was 57percent by 2011 when he became governor.

His words, “I declare myself the grand patron of all the Youth Millionaires. Henceforth, if you encounter problems in running your various businesses you should feel free to consult me by channeling your difficulties through the Chief of Staff. My dream is to make sure that in the next one year your story will change for better”.

He continued, “we have employed ten young graduates from each of the 305 wards totaling 3050. We have empowered ten women in each of the wards with N100,000 also totaling N305million. And today, we have given One Million Naira each to 305 youths. Those in school are enjoying our free education programme. We are determined to give poverty a deadly blow in the state”.

Responding, Mr. Ashankeonye Obioma Francis pledged the allegiance and support to His Excellency and also promised to succeed in the whole exercise, on the behalf of the youth millionaires.