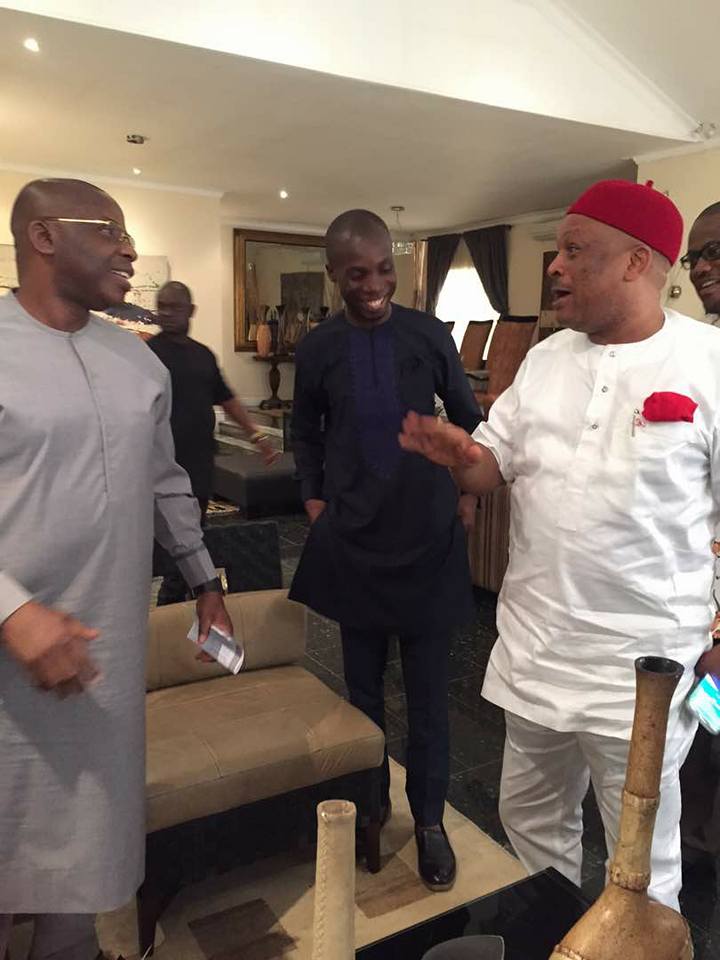 The recent photo of two known political adversaries- Senator Ifeanyi Araraume and former Governor, Ikedi Ohakim, discussing on arrival at the Imo Airport had sent tongues wagging that the two political foes may have settled their differences and realigned for the 2019 polls in Imo State.

Barely 24 hours after the photo went viral, another photo showing Ohakim and Senator Samuel Anyanwu exchanging pleasantries at an undisclosed location surfaced on the internet.

While details of what transpired between the duo were not highlighted , a closer look at the photo  indicate that it might be the two politicians met at the Imo International Cargo Airport, Owerri.

Senator Anyanwu was a member of the Imo State House of Assembly who represented Ikeduru State constituency when Ohakim was governor of Imo State.

While Ohakim announced his intention to quit politics not long ago, Senator Anyanwu vied for Imo East senatorial seat and won. He currently heads the senate committee on Ethics, Privileges and Public petitions.