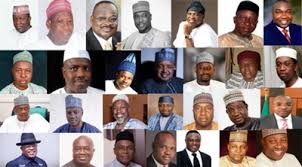 The Nigerian government has released how much of monies it refunded to the 36 State governments as refund of “ over deduction on Paris Club, London Club loans and Multilateral debts on the accounts of States and Local Governments (1995-2002)”

The latest payment is said to be the second tranche of the refunds to the states.

Imo State received N 7000805182.97, according to the details of monies released to the states by the Federal Ministry of Finance.

A release Tuesday evening by the Ministry of Finance, indicated that Akwa Ibom, Bayelsa, Delta, Kano and Rivers State received the largest sin of N10 billion each.

State Governors had earlier promised to use a good part of the funds to pay outstanding workers and pensioners in their respective states.

According to Salisu Dambatta, a spokesman of the Finance Ministry , it was reviewing the impact of the releases on the level of debt owed workers and pensioners.