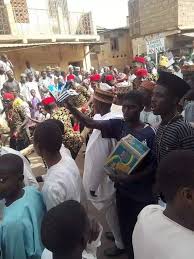 Since the creation of Nigeria and particularly starting from the Independence period, the history of political partnership between Ndigbo and Arewa bears evidence in several places to prove that Arewa was able to grab federal power and sustain it with the support of Igbos. Contrary to expectations, however Igbos has nothing to show for the partnership. Rather than reciprocate, Arewa have remained in the forefront of persecutions against Ndigbo starting with the false accusations about the January 1966 coup, genocide, levying of war, marginalization in federal recruitments, etc. With the pending quit order to Igbos to leave the northern parts of Nigeria, I strongly believe that Ndigbo deserve an apology from Arewa if they ever hope to have any political dealings with Igbos in the future for obvious reasons.

Speaking of how Ndigbo contributed to Nigeria’s unity and saved the nation by allowing the North to rule, following the crises that trailed the 1959 and 1964 general elections, the late sage and former Chairman of Northern Elders Forum, NEF, Alhaji Maitama Sule, gave this shocking testimony: “In 1959, after the Independence elections, no party had the overall majority to enable it form a government alone. But the NPC had more seats than Action Group or NCNC. People started talking or urging the two Southern parties to form an alliance. If they did, they would be able to form the government. But some well meaning people waded into the crisis. They said, look if you do that, you will elbow out the North and the North might think of breaking away from the country”. It was at that stage, according to him that Zik was reminded of his contributions towards Nigeria’s Independence and was consequently persuaded to back out if he did not want Nigeria to break up. In his own words “Zik did the right thing, he agreed to enter into an alliance with the NPC. He agreed to surrender the prime ministership with the executive powers to the NPC. That saved the country again”.

Ndigbo, through Zik also saved the nation a second time after the controversial general elections of 1964 which were boycotted by NCNC and Action Group. Already the NPC had claimed victory in our usual dubious manner, but Dr Nnamdi Azikiwe, who, as the President and who had the responsibility to invite the leader of the victorious party to form the government declined to do so as Nigeria became ungovernable owing to the inconclusive elections. It was by the political dexterity of Zik that NPC and NCNC agreed that Action Group and NCNC which boycotted the elections should do so and this made it possible for them to participate in forming the broad based government later.

Now, going by the glowing tributes which Maitama Sule paid to Zik, the late leader of Ndigbo when they were together, it is therefore incontrovertible that Ndigbo contributed immensely in making the North ascend to power and had made sacrifices for peace which enabled them to foist their hegemony on other Nigerians. Put differently, it is by the making of Ndigbo that it became possible for the North to capture and sustain political power at the federal level. And what did Ndigbo get in return from Arewa people? Did Arewa appreciate the alliance with Ndigbo when they hold us with contempt and disdain and massacre us at the slightest religious uprising? How can Igbos be happy with Arewa or continue with an alliance which pays them with total marginalization?

The signs that Arewa was not going to reciprocate Igbo supports first emerged immediately after the January 1966 military coup when they falsified the event and accused Igbos of being its masterminds probably because an Igbo man became the Head of government. But contrary to what Arewa want their youths to believe, facts as published by Nairaland publications (reproduced below) prove that the coup was organized by 14 soldiers, including 5 northerners and there was no single soldier of South East origin amongst them. Of the 14 mutineers, 5 were Arewa, 4 Yorubas and 5 Mid-Westerners among whom were Nzeogwu and Ifeajuna who were Igbos. My argument is this, if not for outright mischief, how could the participation of two Igbo soldiers from Mid West out of the 14 be interpreted as being an Igbo coup ?

From the above records of the mutineers, why is it that Ndigbo were massacred in reprisals and forced into a harrowing three years war? Can Arewa leadership give any explanations to justify their hostilities to Igbos?
Arewa people are also known to have betrayed Ndigbo brazenly on many occasions. It is a fact that after the war, Igbos were allowed to withdraw a maximum of twenty Pounds from their bank accounts irrespective of the amount they had, which is to say that they were made to forfeit their savings after the Nigerian civil war.

Arewa betrayals of Ndigbo are done with so much of contemptuous display of hubris. Igbos gets massacred in the North over every uprising. Ndigbo are marginalized in every aspect of our national life, be it in federal recruitments, siting of infrastructures, etc. For example, with the manner Arewa reacted to Mazi Nnamdi Kanu’s campaign for Biafra, it looks as if it was the first time a group of Nigerians embarked on such campaigns like OPC’s Gani Adams and Oduduwa republic. But when it comes to Ndigbo, Arewa would be shouting “Crush them! Crush them!”
It is this hubris that culminated in the current quit order to Ndigbo to leave Arewa land before October I, 2017. The level of arrogance in the issuance of the quit order can even be seen in their call on the United Nations, UN, to conduct a referendum for the exit of Ndigbo from Nigeria. Notwithstanding that Arewa have made a volte-face in calling for negotiations, but their arrogance is also betrayed by their unilateral actions. By issuing orders here and there, Arewa clearly live in a world of fantasy. To them, Nigeria belongs to them exclusively and they can determine Nigeria’s future, expelling any ethnic group they wish to without consulting others. By displaying this level of recklessness, Arewa should devise a reassuring means to render an apology to Ndigbo if they ever want to be trusted in Nigeria.

innonews - July 21, 2018 0
More than 100 Nigerians who got stranded in Russia have returned to the country. The Nigerians left the country for Russia for the World Cup...

innonews - May 15, 2018 0
*PRESS STATEMENT* The 5th Edition of the Ghana Nigeria Youth Summit was held on Saturday 28th April,2018 at the Onikan Youth Center, Onikan-Lagos. Diplomats from the...