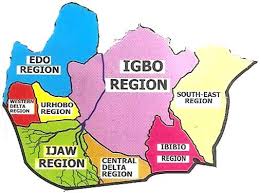 Imo State Governor, Owelle Rochas Okorocha has said that any form of war now will cost the Igbos N3 Trillion both in Properties and in assets, Stating that Igbos are being deceived by the Indigenous People of Biafra, IPOB, that they will drive away Nigeria and give us Biafra.

Governor Okorocha spoke when he gave Sixteen newly recognized traditional rulers in the State their respective Staff of Office and Certificates of recognition regretting that even when the cloud is gathering storm over IPOB activities, those who should be talking like traditional rulers, leaders and Pastors have chosen to keep mute.

His words “On IPOB, the cloud is gathering storm, nobody is talking even our traditional rulers, Pastors and leaders, this is bad for our people. If you will remember vividly that few years ago, during the Civil War, it was a similar story. That was how it all started. At that time, we believed that the Ohafia warriors will be able to fight and disseminate the North”.

He continued “Now we are been deceived that IPOB will drive away Nigeria and give us Biafra. Even our Pastors, men of God and some leaders in the rural areas, nobody is speaking out against this action and the song of war is coming gradually like a desert encroachment. We fought the war and it was believed that the Igbos will learn from it but they still went ahead and developing the resources of other regions”.

He noted “There are 5 million Igbos living outside the shores of Igbo region. Any form of war will cause the Igbos over 3 trillion naira loss in properties and assets. No sane person will spread the message of division and war because it does not benefit the Igbo in any way. I urge you traditional rulers to speak against it and educate your people on the true state of things. Igbo need to build bridge of unity across the nation”.

He added “One of the Challenges I have in my government is the issue of pension and it is not my intention not to pay pension. I want to say to you, when you go back, help us in this regard to identify the genuine pensioners because you know them more than they are been known in the wards”.

He informed “I have decided to pay with the help of the Paris Club refund of 7.1 billion naira, our pension is about 9 billion naira. I want to clear this pension. Last time I saw the pains of our pensioners; some of them especially those from level 1 – 7 were paid full pensions”.

He Continued “Now I am making frantic efforts to make sure we pay all the pensions we are owing, 100% of their money. As I am doing this, I will like to seek the help of the Community Government Councils in identifying the fake pensioners; I still don’t believe that Imo State will be the only state in Nigeria paying 1.5 billion naira as pension where states like Lagos pay 250 million naira. What I am paying as pension is more than what 15 States put together pay as pension. Something is wrong. I am partnering with a Chinese Company now to solve this problem”.

The governor said “Go home and tell the pensioners that you met the governor and he will address there matter and ensure that they get 100% of their pension arrears. If in any way we are not able to continue paying in future we shall come back to them and also tell them that we cannot afford to pay, we are using the whole Paris Club to pay 100% pension to our dear pensioners”.

The governor told the new traditional rulers to work for the Progress and development of their Communities, Stressing that any Community that is not developing the people of that area should hold their traditional ruler and the Community Government Council (CGC) responsible.

innonews - November 29, 2017 0
BY SANDRA AMADI# In what appears a move to calm the frayed nerves of Pensioners in Imo State and also parley with aggrieved  Keke operators,...

Imo House Of Assembly In The Eyes Of History. BY (DR)...

innonews - September 13, 2018 0
Understandably, there are so many Imo persons including those at home and in diaspora who are watching the behaviours of the current Imo House...

innonews - February 1, 2018 0
The expected Congress to elect fresh officers of the executives of the Ward, Local Government and State officers of the All Progressive Congress, APC...