President Muhammadu Buhari Friday met with State Governors where he commended them for their leadership role while he was undergoing medical attention in London.

Buhari who spoke at the Presidential Villa, Abuja when he met with all the state governors, said he was pleased with the rate of work they had done to improve the welfare of their various states.

He said the Governors are doing their best, noting that “ it is proving to be good enough in agriculture and solid minerals”

The President who has also met with the leadership of the APC and the PDP.

He said “I have just addressed members of APC and PDP senior officials that came to welcome me back. I thank you very much for the national approach in your leadership, those who are leaders at political level and those who are chief executives in their respective states.

“I had so much time to watch television NTA 24, I heard so much information about the states. I am very pleased with the states, you are all doing your best and you are lucky your best is proving to be good enough in agriculture and solid minerals. You are succeeding in agriculture because I think people cannot afford foreign food.

“The valuation of the Naira is not our making. It may not favour us but is something we cannot change. Some people were asking me if we should be more strict on the borders but I want to thank God last year and this year is better than what it used to be.”

Buhari also commended his deputy, Yemi Osinbajo for his leadership style while he was in London.

He said, “The efforts by the vice president is commendable. He used his intellect to run all over the place. I was seeing him 24 hours on NTA. I congratulate them and I allowed him to come and see me to thank him personally for what he has done.

“I’m very happy with the national prayers it was well covered and reported, across religions and ethnicity, people were praying. In fact some groups in London came and sang the national anthem and asked that I should go back home, indeed I have come back home.

“I hope those who went there are not stuck there, they will come back and join us, those that are stuck there with the Brexit, I hope they have weighed the implications that it won’t affect them including those that have properties there, those who are not paying tax here, I hope when they sell their property there they will bring some of the money here. We need it very badly here.

“I thank you very much. My morale has been raised greatly by the love shown to me and the security of the country.” 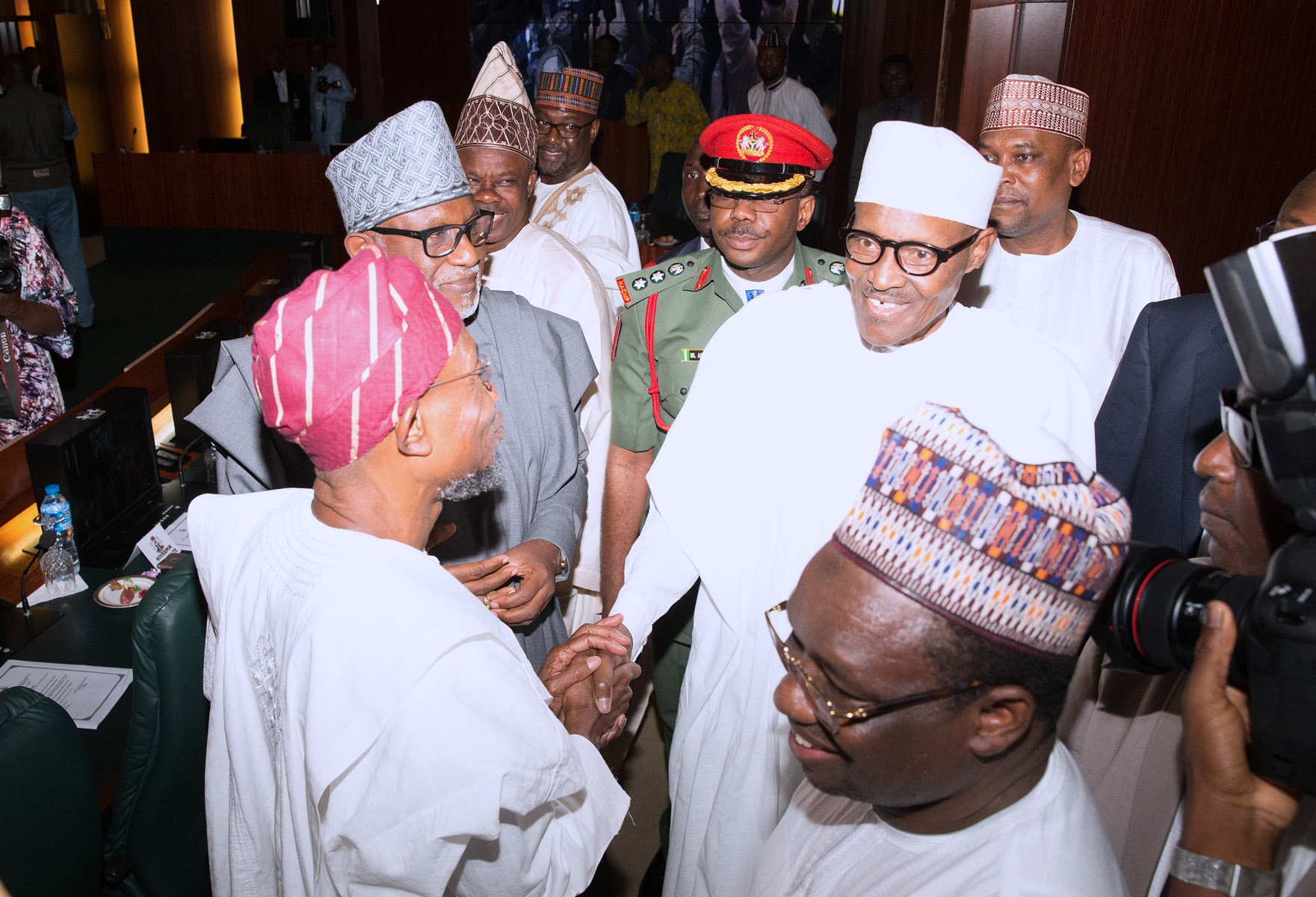 innonews - October 21, 2017 0
A former Governor of Imo State, Chief Achike Udenwa has said the All Progressive Congress and President Muhamamdu Buhari will lose power to the...

innonews - November 9, 2018 0
The last has not been heard on the governorship ticket of the All Progressive Congress in Imo State. Senator Hope Uzodinma’s name was finally listed...

Two Months To Handover: Okorocha Reveals Why He Made Board Appointments