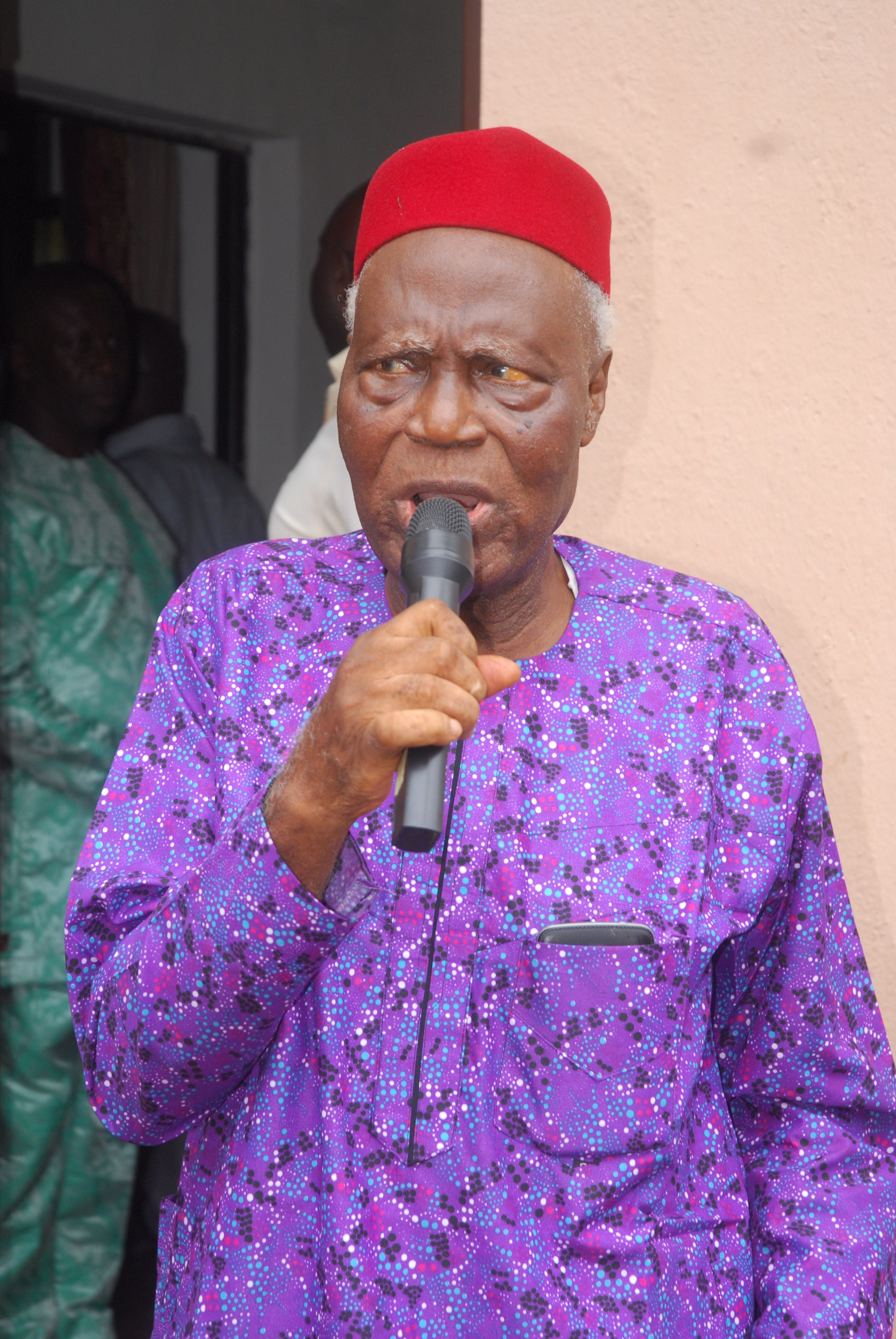 Gentlemen of the Press

On behalf of the Imo State Elders Advisory Council, I welcome you all to this important press briefing.
As you may be already aware, on Monday, May 29, this year, we lost an important member of our Council, Chief Nath Uzodinma Onyeukwu, the Ikemba Owere. He was aged 85 years.

The late Chief Onyeukwu played very important roles in the affairs of the Council. In most of our deliberations, he made informed and invaluable contributions which enabled the Council effectively address several issues within the purview of its mandate. On several occasions, he, working with other members of the Council, helped to proffer solutions to several challenges affecting Imo State. He was a bridge builder of erudite conviction who was relentless in the pursuit of enduring peace and sustainable development of Imo State.

He was an uncommon asset to the Imo State Elders Advisory Council. Indeed, by his death, we have lost a priceless patriot and fine statesman whose immense contributions to the progress of Imo State will remain invaluable.

He was a veteran journalist whose remarkable career began at the Africa Desk of the reputable Times of London. It spanned over two eventful decades, stretching from the British Broadcasting Corporation,BBC, through the defunct East Central State Broadcasting Service, ECBS, Enugu. He also made his mark in The Punch and New Nigerian Newspapers, among several others, where he creditably held various top level editorial positions.

He later became the Chief Public Relations Officer of the Nigerian Ports Authority, NPA. In recognition of his remarkable achievements, he was later appointed Special Adviser to Nigeria’s First Ambassador Extraordinary and Plenipotentiary, the late Dr. Kingsley Ozumba Mbadiwe.

Shortly before the appointment, he had earlier served as National Director of Public Affairs, “CHOICE 92”, the then Umaru Shinkafi Presidential Campaign Organization where he made invaluable contributions to the processes aimed at electing the late Marafan Sokoto President of the Federal Republic of Nigeria.

A community leader of profound convictions, he was to later become the Secretary General of the revered Eze Owere Cabinet during the reign of the late Eze Alexius Anumaku Njemanze, Ozuruigbo IV of Owere, the then paramount ruler of Owerri, the Imo State capital. In recognition of his immense contributions to the rebirth of his native homeland of Owere Nchi Ise, he was installed Ikemba Owere, one of the most prestigious traditional titles in the community.

Until his demise, he was a key figure and one of the leading lights of the Imo State Elders Advisory Council.
He was survived by six children, a son in law, daughters in- law, fourteen grand children and many other relatives.

Gentlemen of the Press, it is with a heavy heart that I, on behalf of the Imo State Elders Advisory Council, announce that after broad consultations with his family, stakeholders in the State and beyond, the remains of this illustrious son of Nigeria will be laid to rest on Saturday, September 2, 2017 at the Onyeukwu family Mausoleum, Owerri, Imo State.

An Interdenominational Funeral Service will precede his interment same day at the Onyeukwu Family Ground at 11:00am. It will be led by Bishop Stafford Nwaogu, Presiding Bishop of the Praise Centre Church International.
Prior to the commencement of the Funeral Service, his body will be taken round the five villages of Owere Nchi Ise community, his native homeland. Flagstops will be observed in each village as a mark of honour for this great son of Owere people.

The Imo State Elders Advisory Council implores the people of Imo State to join other well meaning sons and daughters of the State and friends of the Onyeukwu family from other parts of Nigeria and the world to accord him a most befitting burial.

May his gentle soul rest in perfect peace.

Once again, I thank you all for coming.

innonews - November 8, 2017 0
BY CHIGOZIE UZOSIKE# It is said that preparation is the key to success, so that no one does anything without knowing what to do or...