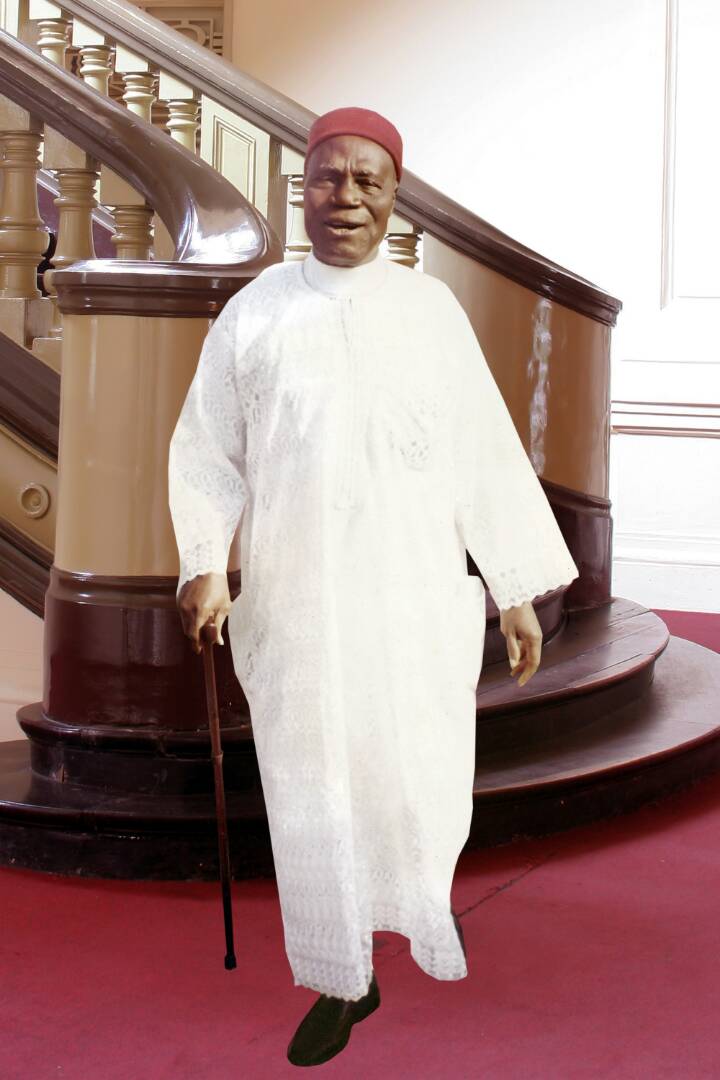 The Imo State Elders Advisory Council has announced the date for the funeral of elder statesman,Chief Nath Onyeukwu, Ikemba Owere

According to Chairman of the Council, Chief E.J.K Onyewuchi, the remains of the elder statesman will be buried on September 2,2017 @the Onyeukwu family home.

“Indeed, by his death, we have lost a priceless patriot and fine statesman whose immense contributions to the progress of Imo State will remain invaluable”he said.

He said the late elder statesman was a bridge builder of erudite conviction who was relentless in the pursuit of enduring peace and sustainable development.

He recalled that Chief Onyeukwu was a remarkable journalist whose career began at the Africa Desk of the reputable Times of London.

“It spanned over two eventful decades,strecthing from the British Broadcasting Corporation,BBC,  through the defunct East Central State Broadcasting Service, ECBS.  He also made his mark in The Punch and New Nigerian Newspapers, among several others,where he creditably held various top level editorial positions.

“He later became the Chief Public Relations Officer of the Nigerian Ports Authority,NPA. In recognition of his remarkable achievements, he was later appointed Special Adviser to Nigeria’s First Ambassador Extraordinary and Plenipotentiary, the late Chief Kingsley Ozumba Mbadiwe”

“Shortly before the appointment, he had earlier served as National Director of Public Affairs, CHOICE 92″, the then Umaru Shinkafi Presidential Campaign Organization where he made invaluable contributions to the processes aimed at electing the late Marafan Sokoto,President of the Federal Republic of Nigeria” Onyewuchi said.

He continued ” A community leader of profound convictions, he was later to become the Secretary General of the revered Eze Owere cabinet during the reign of the late Eze Alexious Anumaku Njemanze,Ozuruigbo IV of Owere, the then late paramount ruler of Owerri, the Imo State capital. In recognition of his immense contributions to the review of his native homeland of Owere Nchi Ise,  he was installed Ikemba Owere, one of the prestigious traditional titles in the community”

He announced that after consultations with the family, stakeholders in the State and beyond,  the remains of this illustrious son of Nigeria will be laid to rest on Saturday,September 2, 2017 at the Onyeukwu family mausoleum,Owerri, Imo State.

“An Interdenominational Funeral Service will precede his interment same day at the Onyeukwu family ground at 11.00am. It will be led by Bishop Stafford Nwaorgu, Presiding Bishop of the Praise Centre Church International” he said.

He said prior to the commencement of the funeral service, his body will be taken round the five villages of Owere Nchi Use community, his native homeland. Flagships will be observed in each village as a mark of honour for this great son of Owere people.

In his remarks, the eldest son of the deceased, Hon. Sunny Onyeukwu who spoke on behalf of the Onyeukwu family described his father as an accomplished man whose contributions to Owerri people, Imo State and the nation remain invaluable.

The Special Assistant To the Minister of Science And Technology also described his late father as an accomplished man of many parts.

innonews - August 2, 2019 0
The Imo State governorship election petition tribunal, sitting in Owerri, has admitted results of 366 polling units said to have been...