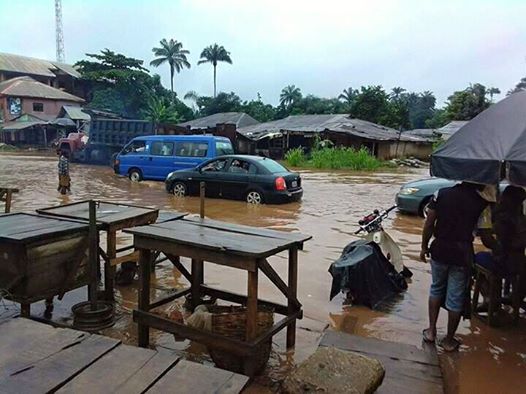 A major road in Imo State, considered to be a major artery in the State road network- the Amaraku- Isiala Mbano/Owerri road has turned to a death trap. In other words, the road has become impassable.

The road is considered a major road as it connects Owerri to almost all the six local governments in Okigwe zone and beyond.

Those going to Enugu from Owerri also ply this road which has sadly become impassable since the raining season set in.

A face-book user, Justin Osuji lamented that despite the heavy traffic witnessed on the road as many public office holders ply on it, they do not deem it necessary to initiate efforts to repair the bad raod.

Osuji wrote “We have a governor, we have a serving senator,we have a house of Representative Member who can voice it out for us to do some repairs on it yet all the complaints have fallen on deaf ears.

“What a callous and insensitive leaders that cannot give the common masses a listening ear.

The state of the road has become so worrisome because motorists find it difficult to navigate their vehicles.  It degenerated from bad to worse since the rains intensified in August.