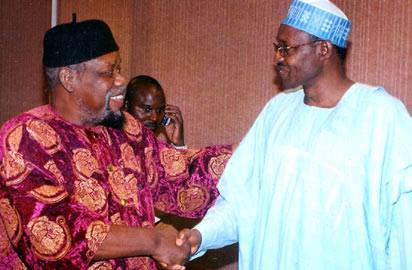 His comments have vindicated President Muhammadu Buhari on his celebrated discussions with his late father on the unity and indivisibility of the Nigerian nation.

Ojukwu who spoke in Awka in a statement countered claims by Biafra agitators that at no time did Buhari and his late father met.

He said, “It has been brought to my attention that there is an article making the rounds on social media attributed to me refuting the remarks of Mr. President concerning his relationship and discussions with my late father.

“Let me state the following categorically; firstly, that I made no such comments to anybody, and secondly that I am aware that His Excellency’s comments were indeed factual.

“I have noticed a disturbing trend recently of fake news being attributed to me on social media. I don’t know who is behind it or what their motivation might be but let me assure you that any time I feel the need to comment publicly on any matter, I will not do so via some anonymous email or anything of the like, rather be rest assured that there will be no ambiguity whatsoever as to whether the comments came from me.

“Let me lend my voice to those of the rest of my fellow countrymen and welcome Mr. President back home.”

Ojukwu Jr. urged members of the public to discountenance the stories in the social media or any media platform whatsoever credited to him that he accused Buhari of telling lies, warning that such malicious and damaging publications would not be taken lightly should it be repeated.
He also urged the President not to take such comments seriously as it smacks of gutter and yellow media reportage aimed at overheating the polity

innonews - July 10, 2018 0
Despite reconvening on Tuesday, 10 July, 2018, to hear a petition tendered by 13 lawmakers who accused the State Deputy Governor, Prince Eze Madumere...

innonews - May 20, 2018 0
Non-teaching staff of Nigerian universities, under the umbrella of SSANU, NASU and NAAT, on Thursday warned that they may be resuming their strike eight...

innonews - October 17, 2021 0
The All Progressive Congress, APC, has been told that political heavyweights decamping from other political parties to it's fold are not determinant...