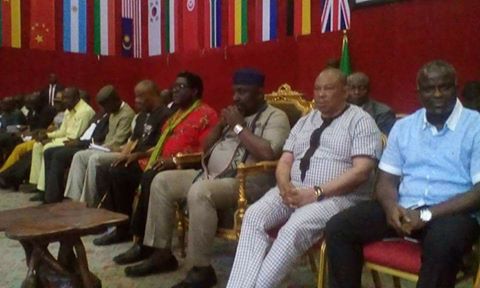 The insinuation that some PDP heavyweights in Imo State may jump to the All Progressive Congress, APC may be real.

This confirms our story last month that about five PDP House of Reps members may switch to the APC.

Igbokwe had come under fierce criticism from PDP members in Imo State recently when he led some traditional and political leaders from Mbaise nation to pay a solidarity visit to Governor Rochas Okorocha.

He has not officially declared his intention to leave the PDP for the APC but his surprise appearance at the party’s stakeholders meeting in Owerri further points to the fact that he may on his way to the governing party afterall.