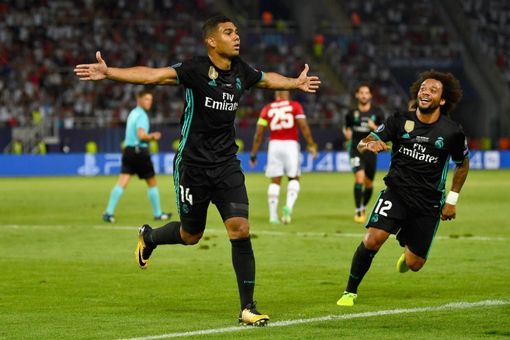 Casemiro opened scoring for the Spanish club, as he latched on to Dani Carvajal’s long lob, to slot pass David De Gea.

Though they later missed many chances, Isco, the mercurial Real mid- fielder who dictated the pace of the game combined well with Gareth Bale to make it 2-0.

United managed to pull a goal back through Romelu Lukaku who scored from Nemanja Vidic’s rebound.

innonews - May 26, 2017 0
The Police in Abuja raided the home of the Deputy Senate President of the senate, Senator Ike Ekweremadu in Maitama Abuja. Ekweremadu’s Special Adviser, Uche...