Home Sport You Are Not Messi- Cavani Tells Neymar 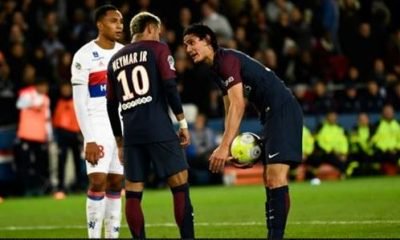 Emerging report on the feud between Edison Cavani and Brazilian forward said Cavani asked Neymar if he thought he was Lionel Messi.

Both players do not see eye to eye after their recent squabble over penalty and free kick taking responsibilities.

According to Spanish newspaper, El Pais, the Uruguay international really talked down on Neymar after he joined the French club on a record transfer from Barcelona.

“And who is this? Do you think you’re (Lionel) Messi?”, the striker reportedly asked, when Neymar first entered the dressing room.

Whether Cavani was joking or was intending to insult the new arrival remains unclear, especially since Neymar  seemingly left Camp Nou, to escape the shadow of Messi.

innonews - November 15, 2020 0
The agitation for Igbo Presidency has put the opposition party in a fix BY RALPH EJIMKONYE

innonews - August 12, 2018 0
Tobi Omole, a Nigerian defender has signed a new deal with Arsenal. The Club’s official website in a statement revealed that the premier league club...

Minister Flags Off Scaling Up Of NGHSFP