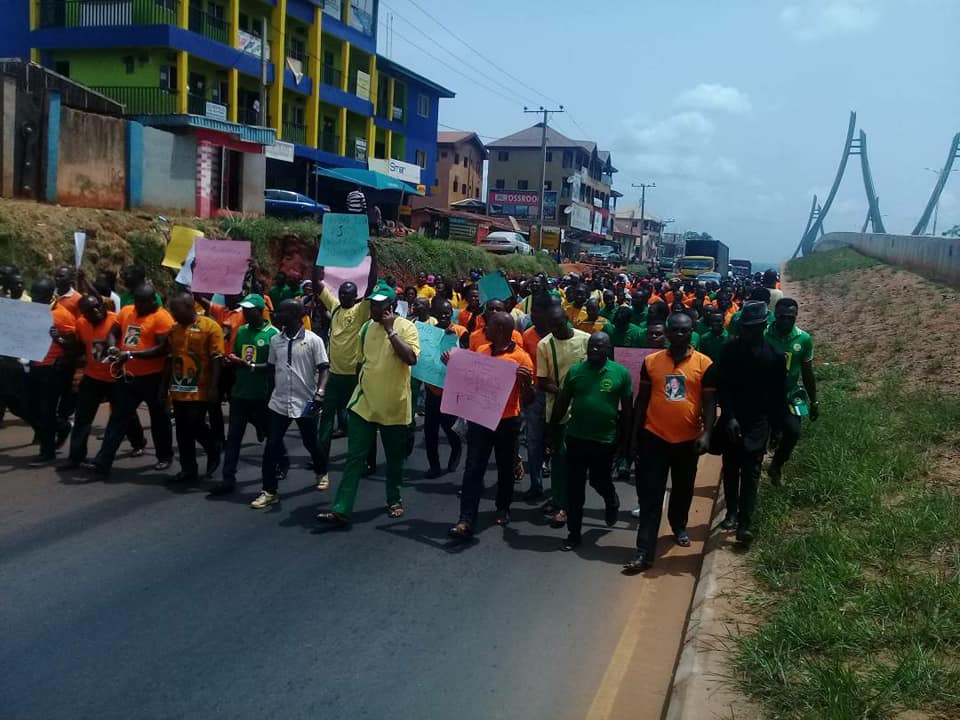 A top level party source revealed to this newspaper that a mega rally will be held in the State capital to formally receive the members from the two political parties.

APGA in Imo State had witnessed a rapid leap in recent times with top leaders of the PDP and APC particularly those with governorship ambitions joining the party.

The event which will be officially announced soon will come after consultations with the leader of APGA in Igboland, Anambra State Governor, Chief Willie Obiano on or before the November 18 governorship election.

Most of the decamping members are mainly political footsoldiers of the fleeing  governorship aspirants from the PDP and APC in Imo State who have shown total disenchantment with political events in the two political parties.

The source said “The event is coming up soon. We are having consultations and we can assure you that APGA will take over Imo State in 2019”

Receive all INNONEWS.COM.NG links on Your WhatsAPP. Please provide Your Whatsup number via SMS 08066605375 or email;innoceaser2@yahoo.com

innonews - July 13, 2021 0
The deepening feud between Governor Hope Uzodimma and former governor Rochas Okorocha, over the soul of the All Progressive Congress, APC in...

innonews - March 16, 2019 0
BY NED UMUNNA, UMUAHIA* A luxurious bus belonging to a popular Bus company (names witheld) has been...

innonews - December 11, 2018 0
The Confederation of African Football, CAF, executive committee has disclosed that they will hold a meeting on January 9 to choose...