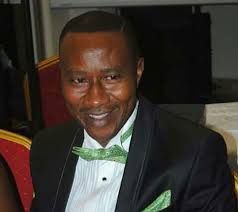 Reports reaching this online newspaper indicate the Secretary To Government of Imo State, George Eche may have been chosen by Imo State Governor, Rochas Okorocha as his successor in 2019.

This was revealed by top sources in Governor Rochas Okorocha’s camp.There was no independent verification of this claim.

The topsy- tupvy political tussle in Okorocha’s rescue mission seem have been so dicey with ferocious contenders within the governor’s camp..

Eche has been most favoured in Okorocha’s government rising from Permanent Secretary, Ministry of Works to Accountant General of the State.

He later rose to Secretary to the Government of Imo State (SGI).

Eche had said Okorocha is his political party.

innonews - April 1, 2020 0
Governor Hope Uzodinma has been advised to put in place measures to tackle the sudden hike in food items since the lockdown...