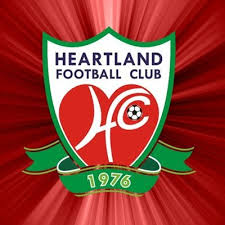 The team beat First Bank FC of Lagos on Wednesday triggering widespread jubilation among players and fans of the club.

Formerly known as Spartans FC, later Iwuanyanwu Nationale and now Heartland was relegated last season for its poor run in the Nigeria Professional League. It won laurels at the continental and national levels in the past.

Re: Governor Rochas Okorocha And The Prize Of Hiring A Jester...

innonews - September 25, 2017 0
BY SAM ONWUEMEDO# I have taken time to read what Amby Uneze, supposedly the ThisDay Correspondent in Owerri wrote about me in response to the clarification...

Ohakim: Okorocha Losing Sleep Over My 2019 Guber Ambition, Calls For...

innonews - June 7, 2018 0
The Supreme Court has struck out GTBank's  motion for stay of execution of the Enugu Court of Appeal Division’s order that GTBank pays over...