Former Deputy Speaker, House of Representatives, His Excellency, Rt. Hon. Emeka Ihedioha was yesterday honored with the Ikenga Award for Excellence at a gathering of eminent Igbo leaders.

The Ikenga Award for Excellence is a global platform for prestigious honor, bestowed annually on distinguished achievers from the South East part of Nigeria, whose contributions have led to the development of Nigeria, particularly Igbo land.

A release signed by Mr. Chibuike Onyeukwu, Special Adviser on Media to  Rt. Hon. Emeka Ihedioha, said Rt. Hon. Ihedioha and other notable Igbo sons and daughters were presented with different categories of award at the ceremony held at the Convention Hall of the Nike Lake Resort and Hotel, Enugu, Enugu State.

The Award, according to Dr. Ben Ugwu, Director General of Ikenga Foundation, was meritoriously bestowed on Rt. Hon. Emeka Ihedioha who was the Imo State PDP Governorship Candidate in the 2015 general elections in recognition of his unassailable record of achievement as a public officer, particularly in the House of Representatives. He noted that Rt. Hon. Emeka Ihedioha is a illustrious son and a worthy ambassador of Ndigbo.

Rt. Hon. Emeka Ihedioha, in his remarks shortly after receiving the plaque from former Vice President of the Federal Republic of Nigeria, Dr. Alex Ekwueme, thanked the organizers for finding him worthy of such honor. He considers the honor significant, coming from his kinsmen after he has left public office. He reiterated his avowed commitment towards the growth and development of the South East and Nigeria in general. 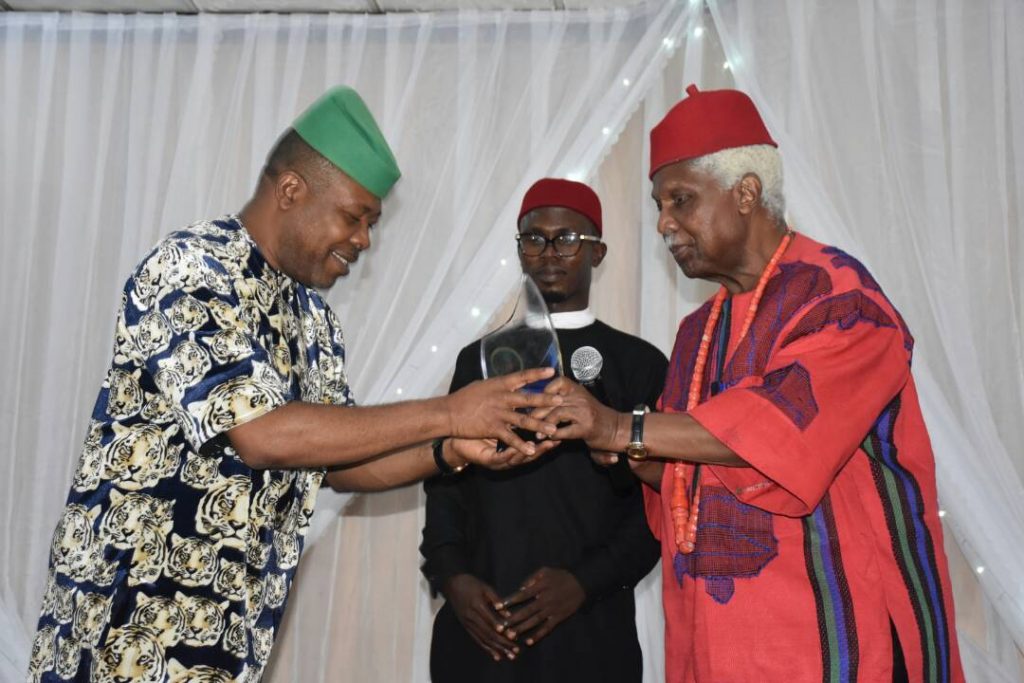 innonews - November 19, 2018 0
About 156 shops were razed down by fire at the timber and furniture section of Nkwo Ngwa market in Aba South Local Government Area of...

So- Called Stakeholders Are Cowards- Okorocha

innonews - May 20, 2018 0
Governor Rochas Okorocha has said the so called APC stakeholders in Imo State are cowards. In a statement by his Chief Press Secretary, Sam Onwuemedo,...