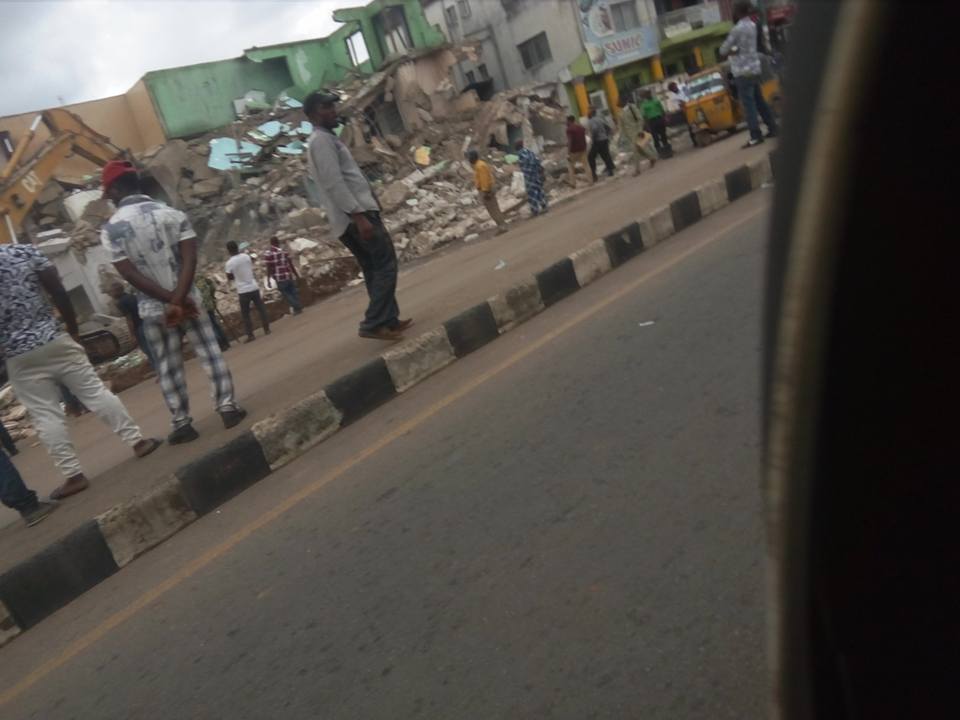 The demolition exercise of the Imo State government continued Tuesday with a one storey building demolished along Wethedral road, Owerri.

The owner of the building is said to be State Governor, Rochas Okorocha.  Photos of the building earmarked for demolition by the State government had gone viral on the social media last month.

The building  was brought down by state government bulldozers during a busy afternoon . This led to traffic gridlock on the road which later abated after the demolition.

The state government had embarked on urban renewal programme demolishing some structures it said were illegal.

Senator Yarima Saddened Over Death Of Army Chief, Attahiru, Others In...

innonews - May 23, 2021 0
Former Governor of Zamfara State, Senator Sani Yarima (Yariman Bakura) has expressed deep sorrow over the untimely death of the Chief of...

innonews - March 16, 2019 0
Screen diva, Genevive Nnaji is expected to be among top celebrities expected at the swearing in ceremony of Imo State Governor Elect,...