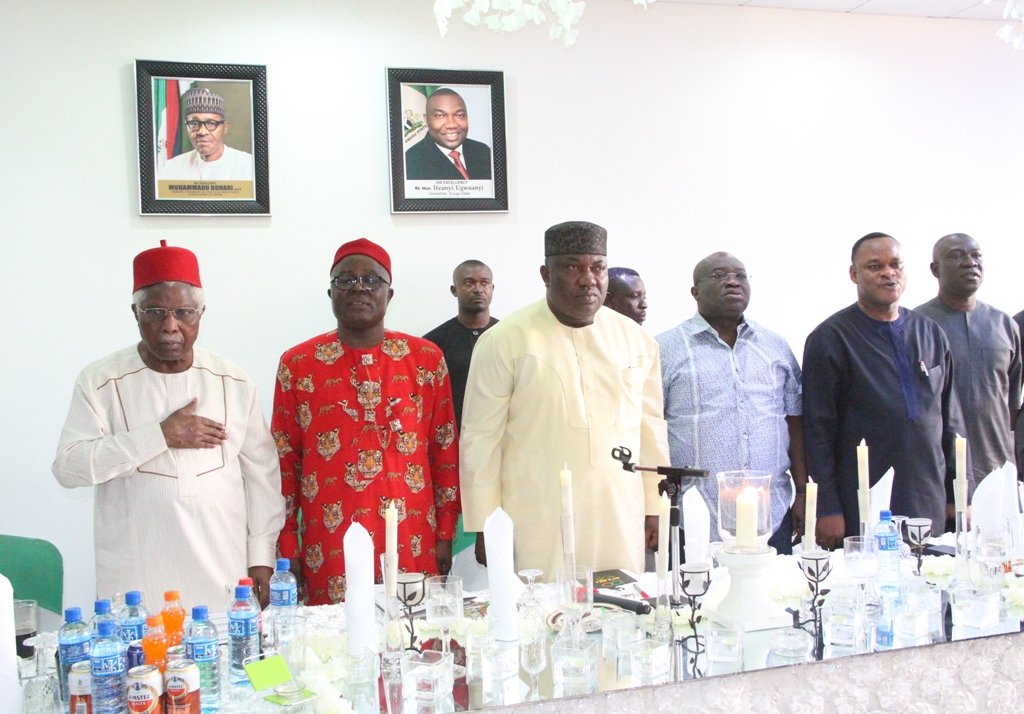 The South East zone of the Peoples Democratic Party, PDP has endorsed the party’s zoning arrangement which conceded the Presidency to the Northern part of the Country.

It also welcomed the position of National Chairman zoned to the Southern part of the country.

The endorsement was taken at the Zonal Executive Committee meting of the party which took place in Enugu.

According to the communique, It maintained its commitment to national unity and reaffirmed its support to the allocation of party positions to the South East in respect of the forthcoming national convention.

The meeting was well attended by party leaders namely by Party leaders, namely: the former Vice President and founding member of the PDP, Chief Alex Ekwueme; the State Governors of Enugu (Rt. Hon. Ifeanyi Ugwuanyi), Abia (Dr. Okezie Ikpeazu) and Ebonyi (Engr. David Umahi represented by his deputy); the Deputy President of the Senate, Senator Ike Ekweremadu and other members of the National Assembly from the zone; the Party’s Caretaker Committee National Secretary, Senator Ben Obi, Speakers of the State House of Assemblies and other principal officers, former governors; Chief Emmanuel Iwuanyanwu, and a host of others, the PDP South East Vice Chairman, Chief Austin Umahi, said that the zonal leadership of the party will support its candidate in Anambra State

Imo Not Among 11 States Set To Reopen Schools

innonews - September 19, 2020 0
Non payment of teachers salaries may stall the reopening of schools in Imo State

innonews - August 23, 2021 0
The Comptroller of Immigration in Imo, Mr Okey Ezugwu, has urged traditional rulers in the state to ensure that their subjects do...