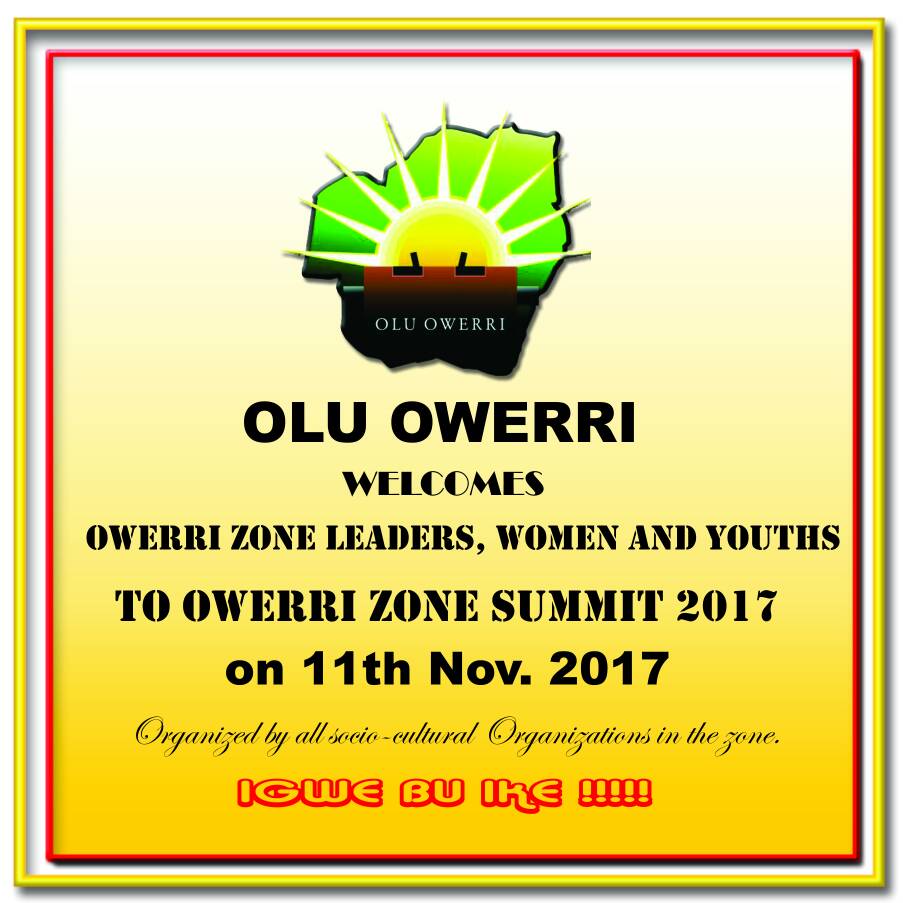 In a bid to echo its readiness to end its marginalization in the power alchemy of Imo State, Owerri zone leaders are holding a summit where it will  congregate ideas among stakeholders on the way forward as the 2019 elections draws near.

Olu Owerri, a socio political organization is leading several other organizations to harmonize the political thoughts and aspirations of the people of Owerri zone come 2019 at the event.

Owerri zone remain the most marginalized having not produced the Imo State Governor since the advent of democracy in 1999.

The Summit is expected to produce a roadmap for the success of the Owerri Zone agenda though fears are being expressed how binding their resolution will be considering the futility of the exercise in the past which did not yeild any meaningful result.

However, the fresh move is said to have been driven by the fact that Orlu and Okigwe zones have had their fair share of the seat of power of the State.

By the time the incumbent governor, Rochas Okorocha completes his tenure in 2019, the zone would have held on to power for 16 years.

Achike Udenwa, another son of the zone have held sway as governor from 1999-2007. Okigwe zone produced Ikedi Ohakim as governor from 2007- 2011.The event w comes up on November 11,2017. Organizers of the event invited all stakeholders, including women and youths to grace the event.

innonews - March 6, 2020 0
As members of the Peoples Democratic Party, PDP lick their wounds over it's loss of Imo governorship seat, a former factional chairman...

innonews - December 3, 2019 0
The World Bank in its 2019 report released December 2nd, said Nigeria may become home to 25 percent of the World's destitute...