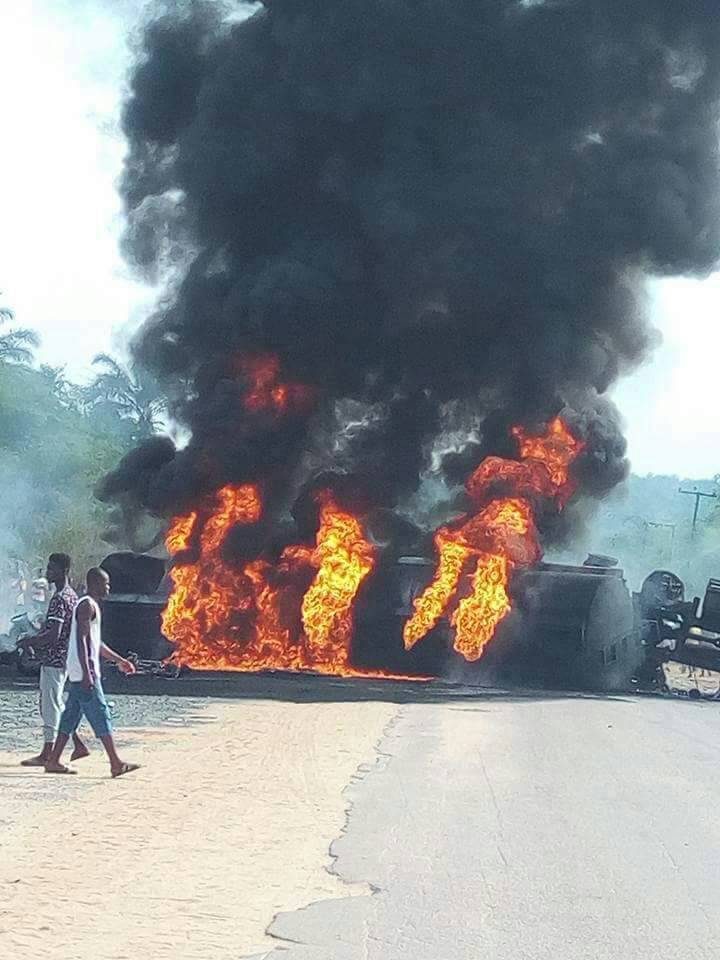 According to eye witness account, one person survived the ghastly accident while others were feared dead.

The survivor who is badly injured was taken to a nearby hospital for medical attention. The passenger bus was heading to Owerri from Orlu and the tanker was coming from the opposite direction.