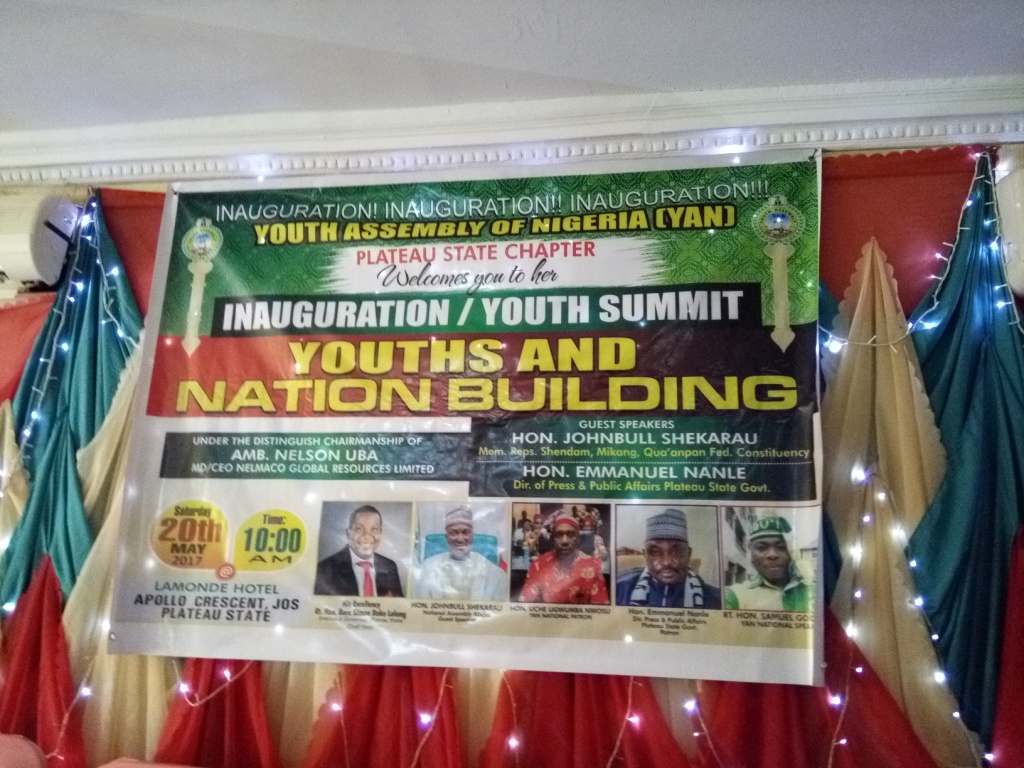 Youth Assembly of Nigeria, YAN Imo state chapter have warned its National Speaker to apply YAN ethics in inaugurating its state leadership which has remained on the acting capacity of Comrade Chinedu Nwadike and the remaining LGA’s to facilitate members’ audience with the national Patrons and BOT’s to carry every YAN ambassador along in the course of its leadership.

The State chapter vowed to call for the impeachment of its national speaker who is holding stale YAN activities in the state if this is not done.

Following the rumour making the rounds that the leadership of Youth Assembly of Nigeria (YAN) Imo State chapter have been indolent and hijacked by its National Speaker Comrade Godstime Samuel, Stakeholders of the Assembly and Local Government Speakers have raised an alarm to its National leadership and Patrons to resolve its lingering crisis caused by the abysmal level of high handedness and selfish leadership of its National speaker G.T Samuel whom they accused of deciding to run the Assembly on sentiments and personal business to enrich Himself.

It could be recalled that YAN was formed as an Apex Youth Organization to accommodate the plight of Nigerian youths having its slogan as “Build The Youths, Build The Nation“ but have regretted the way and manner its leadership is being managed solely in Imo State.

The speakers have lamented bitterly that the majority of the youths yearning for the positions of leadership in the state cannot be worthy enough to be entrusted with a formidable probation post in the public domain like YAN and some other youth bodies so numerous to mention which has originally failed in their mandates.

Most of the aggrieved YAN Speakers who spoke on condition of anonymity expressed that despite the unrelenting efforts, supports and words of encouragement by its national patron, the Chief of Staff,  Imo state Government House, Owerri, Ugwumba Uche Nwosu and the continuous backing of YAN B.O.T Chairman, Mallam sallisu Maikasuwa and the B.O.T Secretary, Hon Kassim Mohammed Kassim, have yielded to futility as a result bringing down the functionality of Imo state YAN where Comrade Nwadike has up till date remain the acting speaker state while GT Samuel holds the double barrel positions.

They stated that it is also very regrettable that “uptill date most of the LGA’s that was inaugurated have not received their promised take off grants from the Chief of Staff COS Ugwumba Uche Nwosu, after some LGA speakers have followed the Assembly rule of order to recoup their spent money and accrued debts to inaugurate their LGA’s.

South East Governors To Meet Buhari Over Welfare Of Igbos

innonews - October 14, 2019 0
The welfare of Igbos will feature prominently in discussions between South East Governors and President Muhammadu Buhari which will take place ...

innonews - February 24, 2019 0
As Imolites and Nigerians await the official results of the Presidential and National Assembly elections, some protesters from Ohaji/Egbema Local Government...