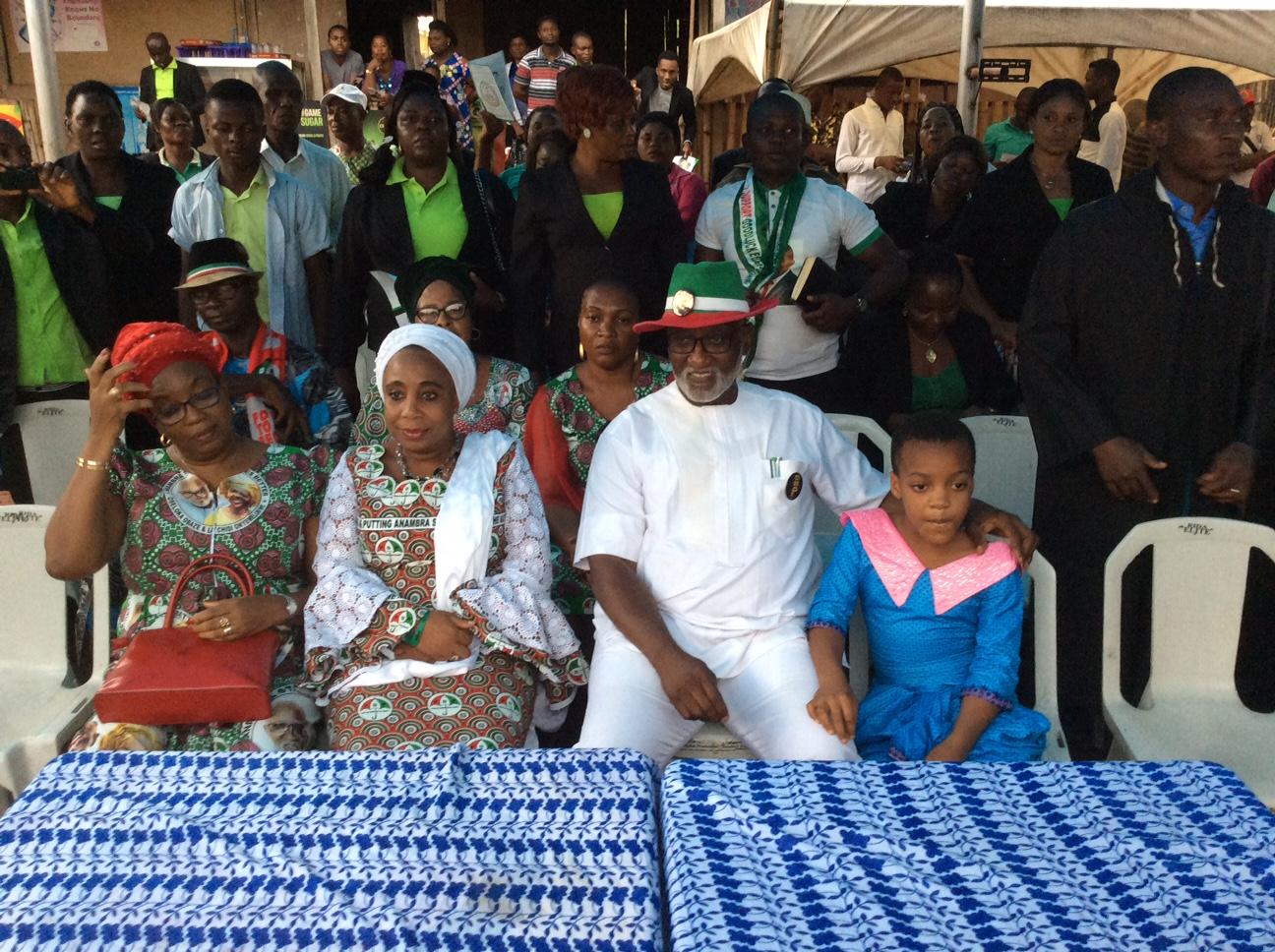 APGA Ambassadors, a political pressure group in the All Progressives Grand Alliance (APGA) who worked assiduously in 2013 to effect the election of Gov. Willie Obiano, has vowed to kick him out of office come November 18. The group said it has endorsed the candidacy of the flag bearer of the People’s Democratic Party (PDP), Mr. Oseloka H. Obaze.

In a rally held in Awka on Saturday by the group, the Co-ordinator General of the group, Ikechukwu Ejesieme, said the group’s decision is because the incumbent failed on the promises it made to the people of Anambra state and has resorted to empty talks, lies, deciets and propaganda. He also said the group, after a painstaking analysis, settled for Obaze because he possesses the right skill set, temperance, exposure, experience and contact needed to move the state foward.

“It’s painful to admit, but APGA is no longer the party our founding fathers envisioned it to be. Our mantra is ‘be your brother’s keeper’ but every index you look at points to the glaring fact that we have since abandoned that mantra. Our decline in Education, crumbling infrastructure, abandoned social investment programmes, lopsided government appointments, unequitable distribution of the state’s resources, non-conduct of Local Government elections and the government’s resort to brazen lies has made it extremely difficult for any honest person to campaign for the party’s candidate.”

“In 2013 after the primary election, we knocked on doors, went from home to home, marketplaces, street corners, political and apolitical gatherings and used every medium available to us to convince people to vote for Obiano. Today, how do we go back to the same people knowing that Gov. Obiano has failed and still ask them to re-elect him? We owe it to ourselves, as the people that brought in this governor, to remove him and replace him with another.”

While thanking members of the group who cuts across the 326 wards of the state for their support, Obaze said, “the government of the day beyond being financially reckless, is deceitful.” According to him the government runs on lies, deciets and propaganda. He argued that there is nothing on ground to justify the government’s claim of $5 million export of vegetables. He also contested the figure bandied by the government as the quantity of rice the state produces, saying that such claims is false.

He regretted that a government elected to continue on the good governance trajectory Anambra State once rode on derailed and now tries to make up with lies and window dressing. He asked asked the government to come clean on its claims, make open the details of its budget, tell Anambra people how much it has borrowed, and account for the resources it has so far spent on behalf of the people.

The PDP candidate said his government, if elected, will treat governance as it should be. According to him, zero based budgeting method, participatory budget and full disclosure of budget details will be a constant. He said government dealings ought not to be shrouded in secrecy as it currently is in Anambra state.

Obaze said he will prioritise education by devoting 26% of the state’s budget to it. He vowed to bring back Anambra’s human capital development policies and also revive the Anambra Welfare Scheme in which monthly conditional cash transfers are made to non-pensionable persons aged 75 and above.