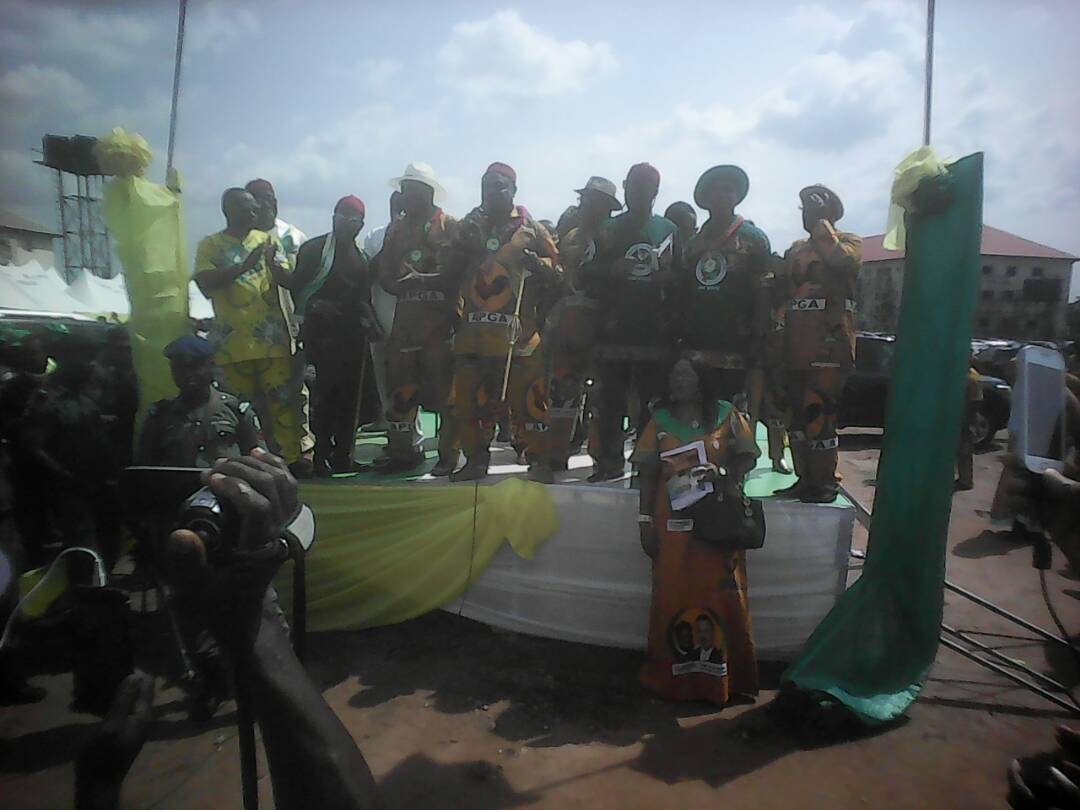 Some top chieftains of the Peoples Democratic Party, PDP and the All Progressive Congress, APC who were expected to decamp to the All Progressives Grand Alliance, APGA were absent at the party’s mega rally held yesterday in Owerri.

Among those absent were Chief Jerry Chukwueke, a serial governorship aspirant on the PDP platform who later switched over to the All Progressive Congress, APC in 2015.

Chukwueke had joined APGA at the ward level and was expected to be at the mega rally of APGA yesterday which was attended by other decampees such as Dr.Alex Obi and Senator Bright Nwanne.

No reason was given for his absence but a top APGA official said another rally is in the making that will officially welcome the new entrant.