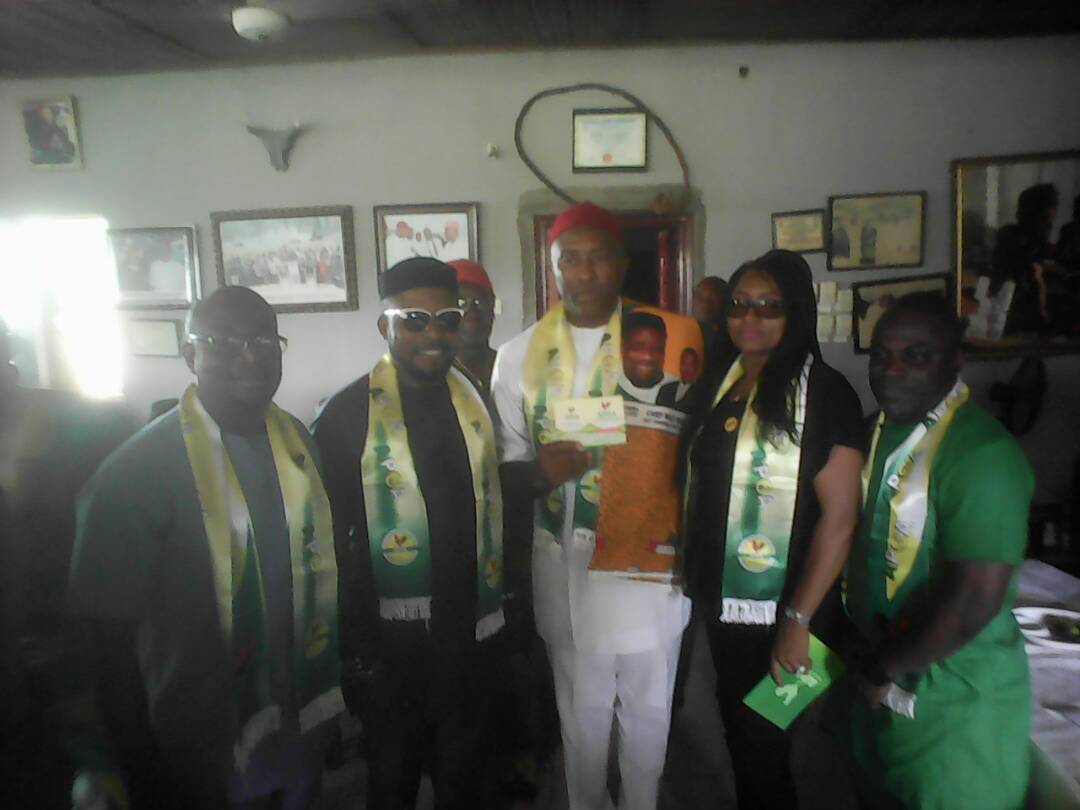 The event is taking place at his Umuagam, Obinze residence in Owerri West LGA of Imo State.

Onyeagocha in his speech gave hard knocks on Imo State Governor, Rochas Okorocha, calling on the people of Imo State to vote him out in the 2019 governorship election.

He described Rochas Okorocha as an epitome of fraud, embezzlement, deceit and lies. He stated that Rochas have impoverished lmolites and enriched his inlaws and family members which precipitated the “my family, my family and my Inlaw, my inlaw” government chant by Ndi lmo.

The former aide to Imo State Governor alleged  that Rochas sponsored Ghanaian president with a whooping 5 million U.S dollars lmo state tax payers money and is also sponsoring former football legend George Weah for Liberian presidential election with 1 million U.S dollars in other to have an exile destination after 2019 elections.

Onyeagocha went further to say that his coming into APGA before Anambra 2017 election is to make an impact in the election and be part of Obiano’s success.

Onyeagocha pointed out that a vote for Uche Nwosu in 2019 is a vote for Rochas in disguise adding that APC must be rejected and shown the way out in Douglas house come 2019.

While addressing the press, the lmo state APGA legal adviser Barr Sylvia Iwejuo Iwuagwu stated that lmolites will witness a political tsunami come 2019 adding that APGA must take back what belongs to her in 2019.

She however allayed fears that 2019 election will be rigged by the APC government with incumbency power recalling that APGA wrestled power from Ohakim in 2011 despite the incumbency power pointing out that 2019 is not going to be an exception.

Imo 2019: Situating The Ihedioha Factor In The Rejuvenated PDP

innonews - October 16, 2017 0
BY CHIBUIKE ONYEUKWU# The resurgence of the Peoples Democratic Party, PDP in Imo State cannot be complete without pointing at the consistent and remarkable role...

innonews - November 9, 2017 0
The Imo State chapter of the All Progressive Congress, APC is on fire as loyalty of some grassroot leaders are now sharply divided between...

innonews - May 26, 2017 0
The Police in Abuja raided the home of the Deputy Senate President of the senate, Senator Ike Ekweremadu in Maitama Abuja. Ekweremadu’s Special Adviser, Uche...