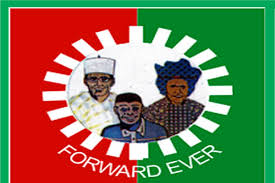 BY CYRIL ARIRIGUZO#
Some chieftains of the Labour party in Imo State have expressed the determination of the party to take over power in the state in 2019.

Speaking to newsmen after the labour party state congress recently, t Uwandu posited that with the person of Chief Ikechuwkwu Ukaegbu as the governorship aspirant of labour party, the 2019 governorship is already won. She described Chief Ukaegbu as a man loved by many and one man with strong will power and faith in God.

Lolo Uwandu therefore enjoined Imolites to join labour party, a party that will give them direction and good governance. She maintained that the current hardship and sufferings in Imo State will only stop by voting labour party into office. She applauded the leadership qualities in labour party and ask them to keep it up.

Speaking also, Mr. John Asiegbu the Isiala-Mbano LGA publicity secretary of labour party, observed that labour party is well positioned and very strong to win elections anytime any day. He advised Imo people to be focused and never allow anybody to deceive them again with promises of heaven on earth. He enjoined Imolites to join the band-wagon which is labour party.

Also a stakeholder in the Party and a business guru, Sir Ikenna Chukwuocha has opined that Imo State Chapter of labour party is one party to watch come 2019. Speaking to some newsmen during the labour party state congress recently Sir Chukwuocha revealed that Imo labour party is a well organized party with men and women of good will piloting the affairs of the party. He further stated that the party is well positioned now to wrestle out power from the All Progressive Congress (APC) led government in Imo state. He poured encomiums on the governorship aspirant and leaders of labour party in Imo State, Chief Joseph Ikechukwu Ukaegbu the Ikenga and Ogbuagu of Ikeduru for his good leadership qualities.

Sir Chukwuocha outlined some of the mission and vision statement of the party to include Economic Transformation that will ensure job creation and economic growth, overcome under-development, backwardness and paradox of poverty in wealthy nation, Build a Knowledge based society, Redress the extremes of affluence and deprivation, Ensure access to standard Education at all level, just to mention a few.